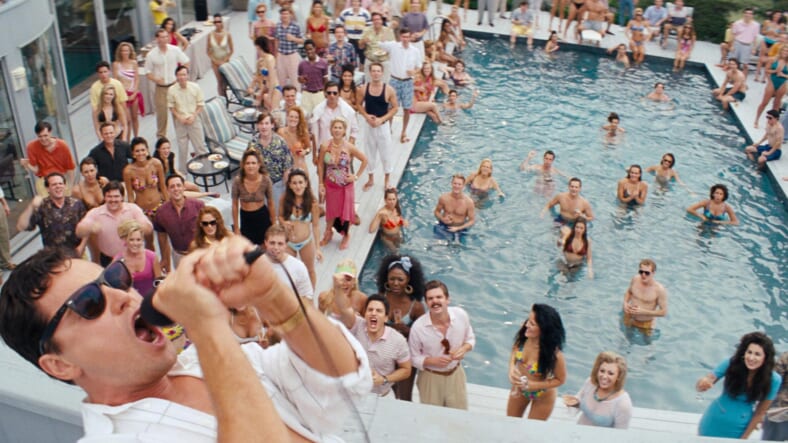 A hard-partying Wall Street whiz is being accused of trashing a $20 million mansion in New York’s ritzy Hamptons with an insane rager over Fourth of July weekend.

But the mansion’s owner, who has kept his/her identity under wraps, doesn’t see it that way. The owner told Page Six that Barna, a portfolio manager at Louis Bacon’s Moore Capital Management, fibbed that he would be hosting a chilled out, 50-guest fundraiser for a reputable animal charity.

Brett came to me dropping Louis Bacon’s name and saying he was a big deal with the Robin Hood Foundation. He said there would be 50 people at the event and it was for animal rescue. But the only animals there were the people, a thousand of them. They drowned themselves in Champagne, they had midgets they threw in the pool, they broke into the house, trashed the furniture, art was stolen, we found used condoms. So many people were there that the concrete around the pool crumbled and fell into the water. It was like Jersey Shore meets a frat party.

Page Six reports that Barna indeed raised $100,000 for charity, but somehow forgot to warn the owners of the extra 950 partygoers.

Barna was last seen on Sunday “chugging champagne with two midgets,” says Page Six. Wherever he is, he better be preparing his legal defense since he’s about to be slapped with a potential $1 million suit.

“We are preparing a massive lawsuit,” the owner said. “We’re waiting to serve him.”

The epic blowout is one charitable event that’s sure to leave a hell of a hangover.

“Mr. Barna’s personal judgment was inconsistent with the firm’s values. He is no longer employed by Moore Capital Management,” a spokesperson for the company said in a statement.

How’s that for a buzz kill?