Sext on an app that lets you flirt like an adult instead. 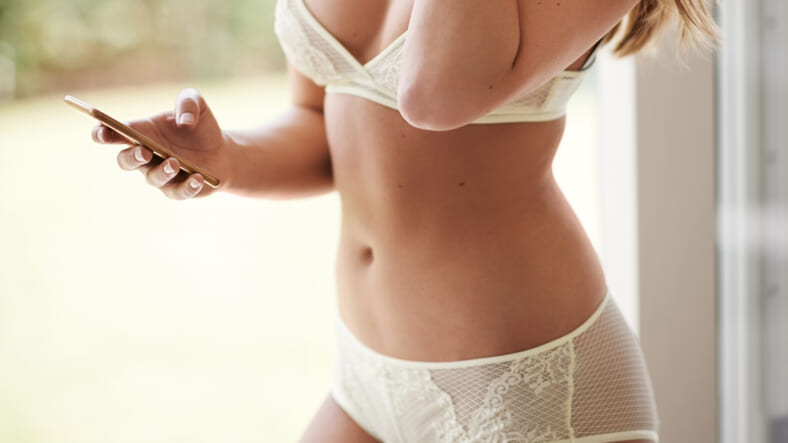 Nowadays, the digital version of telling someone to get off your lawn is grousing on Twitter about feeling aged every time the latest social media app rolls out. We’re only three weeks into 2016, which means that you’re at least six weeks behind on the latest ways to share the mundanities of your daily life, but one new app has already crawled to the top of the low bar pack — Peach, a new microblogging platform from the founder of Vine. And while it’s already racking up all the early adopters and breathy profiles requisite for an app we’re guaranteed to forget in a few weeks (remember Ello?), there’s one major flaw to Peach that should render it stricken from your iPhone immediately: you can’t sext on it.

Peach isn’t very different from Twitter; users can share photos, status updates, GIFs, and videos, you can also draw things with your finger, which is adorable, apparently. Peach’s own promos state that it’s “a fun way to keep up with friends and be yourself,” which does beg the question — what were we doing on Facebook, Twitter, and Instagram until now? But for all its GIF-sharing fun, Peach does little else. You can only post to your public feed, you can’t draw back on friends’ handwritten items, and the only form of private backchannel communicating is being able to shoot emoji actions at friends, such as waving, caking (not as sexual as you’d expect), and hissing. It’s earnest and twee, but being earnest and twee isn’t exactly enough to equal longevity.

Not being able to sext on Peach may seem like a niche problem for a fringe app, but with 88% of adults having sexted at least once, it does speak largely to how we communicate these days. Social media platforms, internet forums, messenger apps, they’ve all made it easier than ever to connect to large swaths of people quickly, by broadcasting the best of ourselves to carefully curated groups of like-minded people. But social media isn’t about sharing ourselves with the world, no matter how much we tell ourselves that. It’s about connecting to specific people in specific ways (often based on the equally curated profile we’ve put out). And when you take that one-to-one connection functionality away on apps like Peach? You lose any luster they have at a far faster rate.

Pick a popular platform and chances are incredibly high that there’s not only a way to message privately on it, but a standard for how flirting on said app is supposed to go. In 2004, there was poking. Facebook Walls may have been public, and Facebook Messenger a few years off, but that blue animatronic finger sent clear signals. Twitter allows users to message each other privately, and that quickly morphed into sliding into someone’s DMs. Instagram got on the private photo bandwagon fairly quickly, and then there’s the Big Yellow Behemoth, Snapchat, who was smart enough to start with one on one sexting, before branching out into public sharing at all. With the exception of Snapchat, each app doesn’t offer a marked difference from the other’s offerings. What they do offer instead? More chances to connect, and vis a vis, more chances to sext.

Peach’s suite of private ‘actions’ — the booping, caking, waving, and ‘100-ing’ — is already being used to flirt (“He waved at me, so I caked him, and he blew a kiss, but all I have left is hissing or quarantining, what do I do?!” read one panicked text from a friend quagmired in a recent Peach flirtation). But the limited range of options makes it harder to do so. And therein lies the second problem with Peach’s inability to let users connect. A little bit of mystery is sexy, but too much mystery is maddening, and the communication gaps in Peach leave too much open to interpretation. While users could switch over to text or email, those old standbys, the mystery is once again gone; half the fun of flirting on the Internet, of course, is doing it on the platform (and often in plain sight). Require a second back channel for your sexy back channel, and you’re just losing momentum.

If you’re an adult over a certain age, you should only be using your phone for three things: to actually communicate, to pass the time when you’re in the bathroom, or to get yourself off. And while a litterbox of apps to do those tasks individually might work fine for selfie-loving teens, you’re not getting any younger grandpa — multitask where you can. Caking and booping on Peach is one thing, but there’s nothing sexy about toggling over to a different app to turn that conversation into one that involves both of your pants off in the imminent future.

But apps that let you talk and sext (often while in the bathroom) at the same time? I’ve seen the future.