7 Things You Should Never Do In Bed

For the love of God, don’t do these things. 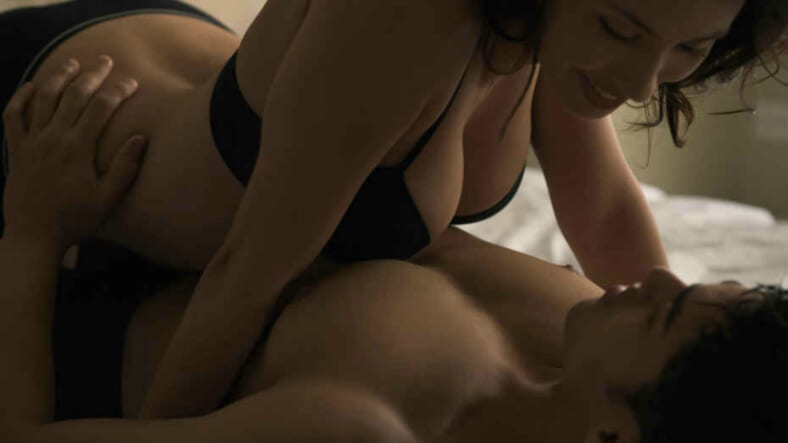 There are many components that go into the perfectly executed sexual encounter, like adequate foreplay, the right atmosphere, orgasms all around, etc.

But there are also certain bedroom blunders that can be serious dealbreakers. That’s why we rounded up this list of the seven things you really should avoid during sex, in order to maintain maximum sexiness and keep her very happy.

1. Pushing down on her headUnless you’re caressing her hair lovingly, you shouldn’t even be touching a woman’s head when she’s going down on you. Pushing her head down and forcing her to take you deeper is a pretty aggressive move that should be avoided (unless of course you’re both into that), and is a big turn off for most women. So, it’s generally a wise idea to grab something else should you feel the need, like her ass, if you can reach it.

2. Cringeworthy dirty talkGentlemen, if you’re going to talk dirty to your lady, you should know what you’re going to say beforehand. If you get real close to her ear and stutter, for instance, it’s really, really not hot and actually a little cringeworthy. Speaking from experience, here.

3. Not complimenting lingerieWomen put a lot of thought and effort (and money) into their lingerie, and if she’s wearing something sexy, she wants you to notice it. That’s a guarantee. And if you just rip off her clothes without even batting an eye at all that sexy lace, she’s going to be disappointed.

4. Jackhammer finger bangingDo people seriously still do this? Please don’t. 5. FlatulenceYes, we’re all human and we all fart. However, if you’re one of those guys who thinks farts are hilarious and cuts the cheese whenever, wherever, no matter who they’re with, it’s time for an intervention. For approximately 99 percent of women, farts are not funny in the bedroom, coming from the ass of someone they’re about to sleep with. It’s especially not sexy when you’re bumping uglies and you let out a giant prrrttt. My advice? Hold it in until you’re far enough away for her not to notice, and let it rip.