If you like receiving BJs, you need to read this… 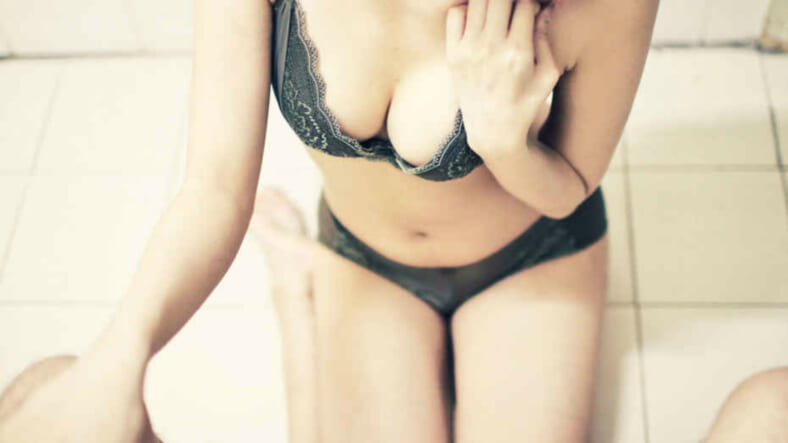 Pushing down on her head will make the woman slobbering all over your dick promptly retreat in haste, leaving you with an unfortunate case of blue balls. And you don’t’ want blue balls, do you? Didn’t think so. That said, if you feel the need to reach down and push on her head, it’s best to retract your hands and instead push on your own head, or something.

2. Don’t stare at herIf you refuse to break eye contact with the top of her head while she’s going down on you, it might get awkward when she looks up. Let’s face it – you basically have no control over your facial expressions when you’re getting your soul sucked out through your penis.

Making some kind of eye contact while your soul is in the process of ascending to orgasmic heaven might make her laugh, or it might creep her out, so maybe it’s a good idea to close your eyes or look around, or something.

3. Don’t rub her back like a concerned parentIf you think this doesn’t happen, you’re wrong. It happens, and it’s really weird. You can rub your dog’s back, that’s cool, but don’t rub the back of a woman who has your dick in her mouth. Why? Because it’s feels way too fatherlike for something so sexual.

5. Don’t be creepily silentAre you enjoying it? Do you hate it? Are you dissociating real hard and feel like you’ve returned to the void? SAY SOMETHING!

7. Don’t skimp on cleanlinessBall sweat is real. As the proud owner of a pair, you would know. That’s why it might even be a good idea to excuse yourself and take a couple minutes to check yourself before you whip out the goods. You know, maybe clean up with little soap and water to get rid of any unsavory funk.

Trust me when I say, women tend not to enjoy getting a mouthful of funk, so please be courteous and clean and preen before anyone gets intimate with your package.

8. Don’t fartNo??? Just no??? I can’t believe I even have to say this. If you’re feeling a little bloated and gassy, you hold those farts in out of gentility. It’s an unspoken rule of humanity. You simply cannot fart that close to someone’s face – especially someone who’s face is only a few inches away from your butthole. Have some decency.