Here’s Why You Should Never, Ever Have Sex in a Pool 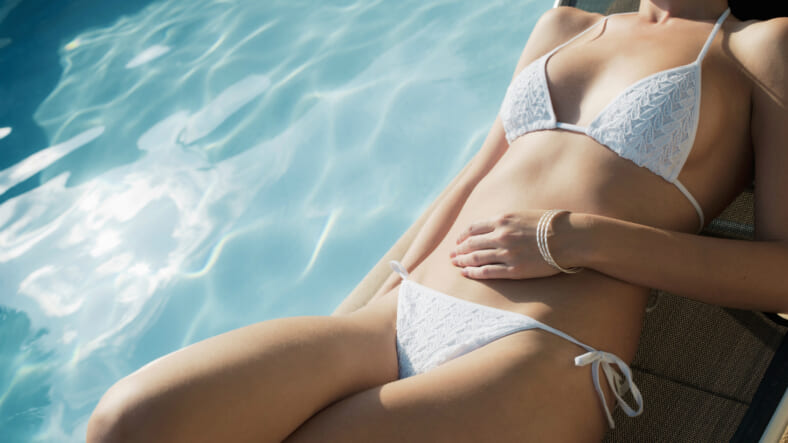 You know that one amazing scene in Wild Things where Neve Campbell and Denise Richards make out in a pool, and there’s some serious heavy petting, and it’s the sexiest few minutes of R-rated ’90s cinema ever created?

Ah, yes. That scene. It’s truly life-altering, and if you’re anything like the rest of the world, it really makes you want to have sex in pool. Right? Right.

But as fun as pool sex may seem, according to ancient sex expert Dr. Ruth Westheimer, it’s one of nastiest, most disgusting things you could ever do to yourself, because apparently, swimming pools are full of gallons upon gallons of piss, which is absolutely revolting.

I'm often asked if it's OK to have sex in a pool. Read this article on pee in pools & decide for yourselves https://t.co/nALlEa9inc

New research from the University of Alberta found that a commercial-size swimming pool has approximately 20 gallons of urine, which means that in an average hotel pool or residential pool or something, there are about two gallons of stranger pee.

Well, I don’t know about you, but as little as one fluid ounce of random piss is gross enough for me to never want to dip even one toe into a pool ever again, let alone have sex in it.

Nooo thank you. I’d rather not submerge my naked body in whiz and marinate in it, with all the funk seeping deep into my pores. Hell nahhh. Not to mention getting that incredibly foul, piss-saturated chlorinated water in my mouth.

Plus, it’s not just the grossness of the fact that you’re swimming around in pee and exposing your sensitive intimate areas to a hearty combo of urine and chemicals–pool water can actually be toxic, which is obviously very bad for your health. An article from NPR reports:

“Apart from being gross, that’s [pee in the pool] also a potential health hazard. Chlorine reacts with urine to form a host of potentially toxic compounds called disinfection byproducts. These can include anything from the chloramines that give well-used pools the aforementioned odor, to cyanogen chloride, which is classified as a chemical warfare agent. There are also nitrosamines, which can cause cancer. There’s not enough evidence to say whether the nitrosamine levels in pools increase cancer risk, Blatchley says, but one study in Spain did find more bladder cancers in some long-term swimmers.”

Damn, chlorinated pee can turn into a chemical warfare agent? I guess that means a Super Soaker filled with pool water could potentially be considered a military-grade weapon. Who knew?

And guess what else? The dirtier a pool is, the more strongly it smells of chlorine, because when the chlorine is just disinfecting the water in the pool, it doesn’t create chloramines, a.k.a. the things that smell like a heavily chlorinated pool, which are chemical irritants that are formed when the chlorine comes in contact with nitrogen. And you know where nitrogen comes from? Pee. And sweat. And other bodily fluids.

So, if you’re about to get intimate in a pool that smells like the pool at the YMCA or a pool at a public park in a lonely suburban neighborhood, get away. Don’t go in, because it’s filled with gallons of pee.

On the other hand, if the pool doesn’t really smell like anything, it’s probably safe. You’ll probably be okay if you have sex in that pool. Not too much pee in there, hopefully.

However, if you don’t want to risk accidentally getting chlorinated pee-water up your penis, you should just stick to having sex on dry land. It seems a lot safer.