Just hear her out. 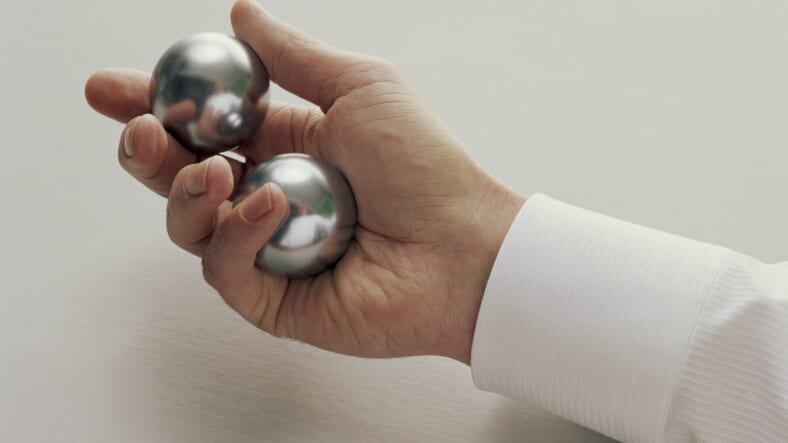 In case you weren’t made aware by the dozens of hashtagged posts in every single one of your social feeds, Tuesday was International Women’s Day — but not everyone celebrated equally.

The Daily Mail reports that one couple in Romania didn’t exactly have a rosy day filled with reveling in the glorious, life-giving power of women. Marinela Benea, 40, and Ionel Popa, 39, may in fact never celebrate another holiday together at all. The trouble reportedly started when Popa came home from work drunk and didn’t give Benea flowers to mark the occasion, then refused to help with chores. Benea later told reporters:

‘When he gets drunk, he changes. All night he made me keep the fire on because he was cold and I did it to avoid having an argument…In the morning I opened the curtains and told him to go out and do some work, or at least to help with the household chores but he shouted that I’m not entitled to give him orders…I told him he was not any kind of man and I grabbed his testicles. “

Grabbing might be too gentle of a word, because Benea allegedly used such force that she accidentally ripped one of his testicles off. Apparently, as she was grabbing, he pulled away, resulting in Popa’s left testicle “hanging out of his scrotum after the skin was ripped apart,” according to The Daily Mail.

The not-s0-happy couple then went to the hospital, where Popa underwent surgery. He’s in stable condition now, in case you were wondering, but the takeaway here seems to be: keep the drinking to a minimum, help out around the house, and buy your wife some goddamn flowers. But hey, before we assign any blame here, let she among us who has not aggressively yanked on a man’s testicles throw the first stone(s).