A London School of Economics study details why they hook up with each other. 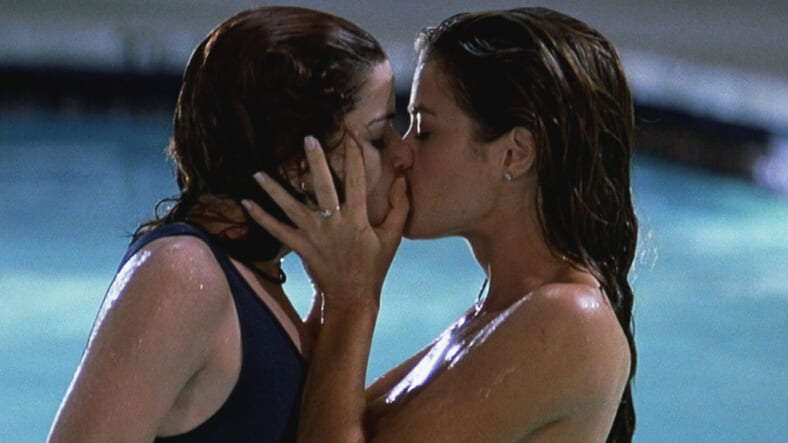 We know you like it when two girls make out, and lucky for you, it’s not hard to come by. Think about it, girl-on-girl stuff is everywhere – late night after too many shots at the club, in movies and TV, and um, definitely on the Internet…but do you ever wonder why it’s so common?

According to a new theory by London School of Economics and Political Science evolutionary biologist Dr. Satoshi Kanazawa, women are genetically programmed to be sexually fluid. So even if a woman says she’s straight, she might not be. In fact, recent research reveals that 1 in 4 heterosexual women have had a sexual experience with another woman. But that doesn’t necessarily mean she’s a lesbian, either.

The theory states that during a prior polygamous era (which was a looong time ago), co-wives would get handsy with one another in order to reduce the tension and conflict that arose from sharing a husband. So basically, the idea was, “If you can’t beat ‘em, fuck ‘em,” and all the wives just had sex with each other and became friends. Hey, if it worked, it worked. Kudos to them for getting past jealousy.

When the wives were all friendly with one another, there was peace in the happy multiple-wife family, and a peaceful family meant more babies, which was a good thing. Who knew woman-on-woman action once had an evolutionary advantage?

The author of the theory, Dr. Satoshi Kanazawa, suggests that his theory can help explain certain discrepancies between males and females in human sex research, for example, why men are turned on by lesbian sex.

Back then, men liked watching lesbian sex because it meant his wives were getting along and he’d have lots of kids, and maybe that’s why you like it now, even if you don’t know it. You can thank your ancestors for that.

“The theory suggests that women may not have sexual orientations in the same sense as men. Rather than being straight or gay, to whom women are sexually attracted may depend largely on the particular partner, their reproductive status, and other circumstances,” Dr. Kanazawa said in the report.

Thanks to science, next time you see two straight girls hooking up, you’ll know why.