A new survey explains why everybody loves boobs. 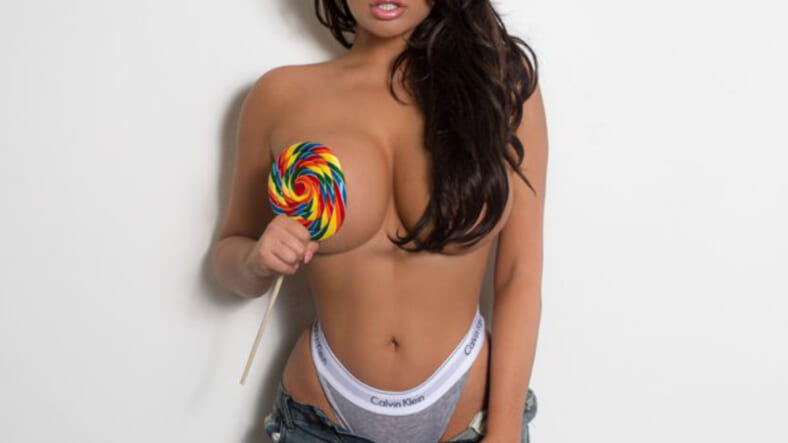 Do you like boobs? I know you’re nodding your head. Well, guess what–it turns out women do too, allegedly even as much as men. Yeah. In an interesting turn of events, science has shown that women enjoy looking at bodacious bosoms just as much as men do. Surprise!

This claim came about thanks to a post on Quora, when someone posted a question asking why men are obsessed with breasts. Because they totally are, right?

One member answered the question by quoting sexologist Alfred Kind, who believes that the primary sexual site of attraction in humans is the booty, and men love boobs because cleavage and butt-cracks look pretty similar. This suggests that you should flaunt your backside to your lady, fellas, because she loves dat ass.

Another user commented that Christopher Ryan and Cacilda Jethá say in their book, Sex At Dawn, that people are hot for boobs because they signify the sexual availability of a person. In an evolutionary sense, that sounds pretty legit, so we believe it.

This discussion of ass and titties relates to a study conducted by the University of Nebraska-Lincoln, where researchers found that men and women focus on naughty parts of the human body equally, meaning that it doesn’t matter if it’s a male or female—any of us would notice a seriously nice rack and say, “Goddamn.”

“It could be related to different motives — men might be doing it because they’re interested in potential mates, while women may do it as more of a comparison with themselves,” said lead author of the study, Sarah Gervais. “We can’t just pin this on the men. Women are perceiving women this way, too. But what we do know is that they’re both doing it.”

However, it might be a bit much to say women like boobs as much as men do, because it’s hard to imagine a woman falling off the treadmill because of the massive rack bobbing up and down on the next treadmill. It’s also difficult to picture a woman making slow motion GIFs of jiggling jugs, like this one:

But we’re not denying the fact that women love boobs. It’s their right to love the two things they literally hold closest to their heart (hah). Turns out there’s enough boobage in the world for everyone to enjoy.