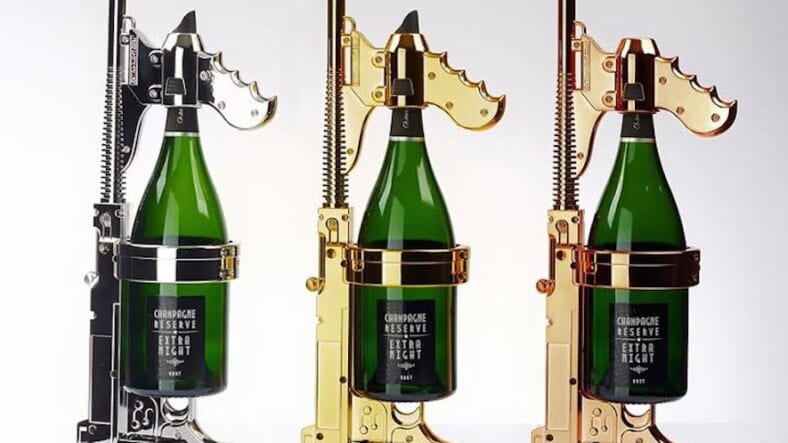 Spraying bottles of overpriced Champagne in nightclub VIP sections is so yesterday—now there’s a gun that actually shoots bubbly at your fellow partygoers.

The hedonistic after-hours weapon was created by a French company called Extra-Night, and has already been sold to Miami nightclubs Seaspice and Hyde Beach by Champagne Gun distributor Jeremy Touitou, who’s also known as “The King of Sparklers.”

Touitou earned that enviable moniker for selling sparklers that nightclubs like Miami’s LIV attach to Champagne magnums triumphantly presented to buyers by sexy bottle service waitresses. It’s a venerable VIP section spectacle that spurs even more marked-up bottle sales from other revelers who want in on the wallet-draining fun.

The Miami New Times reports that the $459 gun attaches to a magnum of Champagne, which is shaken up and can shoot for about 45 seconds. The bubbly blaster is available in gold, rose gold or chrome finishes, and sprays up to 23 feet.

Check out this champagne-soaked video to see how it all goes down.