You Asked: Are Aliens Friendly?

Every other week, we’re combing through the Google searches that lead people to Maxim and picking one of your very important questions to answer. 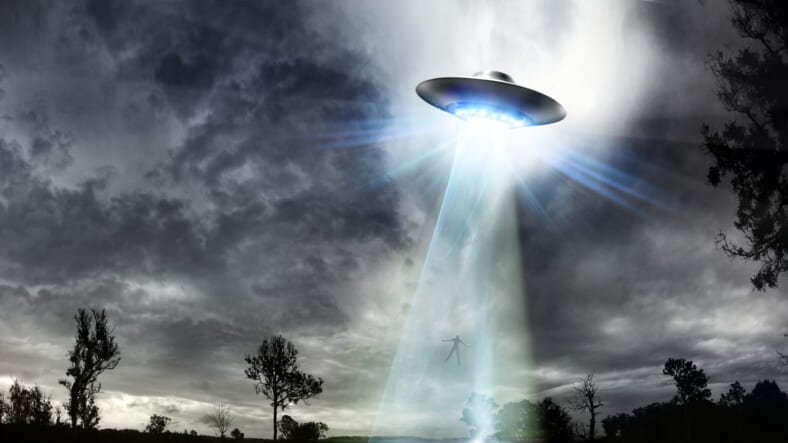 Welcome to the spaceship we call the internet, where we attempt to answer your questions without combusting into a supernova of garbage takes. Take off your xk∆å√√ (that’s alien for shoes) and rest a while.

First, let me say I am no expert on aliens. I didn’t even make it through the Dying CIA Agent reveals US Government Alien Contact, Area 51 secrets, black ops and UFO knowledge video, but a large fraction of me thinks that he is telling the truth. I mean, he has to be! Old people are so kind and honest! The CIA must know at least something about aliens, if they exist, which they probably do!

Stranger things have happened, like pants that zip into shorts and birthday cake-flavored vodka. So it makes sense, of course, that you have accepted extraterrestrials as a reality, and now are concerned about whether aliens are the sorts of pals you could invite over for a beer, or whether you should maybe be a little bit worried about any visits they might pay once we run our planet into the ground.

The alien question you’ve asked is a Matrix sort of question: maybe you’re going to take the red pill and go ahead and believe that aliens are evil and out to get us and that we should, Y2K-style, batten down the hatches and stock up on canned goods and study movies like Signs and Aliens and Men in Black to see if we can glean any information on extraterrestrial behaviors that could help us in our own self-preservation someday. If that’s your style, be sure to keep lots of glasses of water on hand, as well as any ray guns you can find; maybe memorize some of this choreography, it can’t hurt. (Who knows? Maybe aliens love to boogie.)

But if you, like me, are an optimist, perhaps you’ll take the blue pill instead. Maybe aliens don’t want to kill us or capture us or use us for experiments on their spaceships full of strange noises and blinking lights. I mean, think of E.T. [Ed. Note: I did, and now I’m crying.] That little dude looks like so much fun to hang out with! A real comrade. Maybe aliens are really just curious and friendly, like when a new neighbor moves in down the block and brings by a pint of homemade jam as a peace offering. Maybe the aliens just want to bring us jam! Or, like, their version of jam, made from spaceberries, which is probably a word that’s hard for us to pronounce, but we should try anyways, because it’s the courteous thing to do. It could inspire some warm feelings between ourselves and the aliens, if they even have feelings at all.

The only real reason to believe that aliens aren’t friendly is that we don’t know anything about them and we get real scared of things we don’t know because think of the terrible possibilities, but maybe aliens have it all figured out — maybe they have created societies where everyone is nice to each other and healthcare is free and life expectancies are long and no pants zip into shorts. Why wouldn’t they be friendly? Why would they ever want to learn our language and disguise themselves as humans and trick us into inviting them into our houses and offering them a beer and a tasty bowl of Doritos™ only to remove our spleens for their research and steal our wives and girlfriends for hanky-panky reasons? There’s no sense in that. It’s definitely not going to happen.

Anyways, here are some tips on building a super top-secret bunker underneath your house.

Still confused? Check out the other installments of You Asked here.