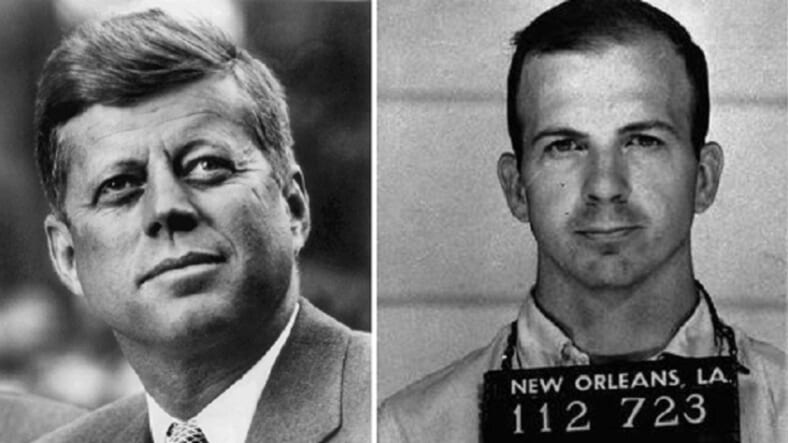 No one has found open admissions of some kind of grand conspiracy looping in the Russians, mafia, and gray aliens from Alpha Centauri. There’s no smoking gun straight from the alleged second gunman on the grassy knoll.

We’ve collected five of the most undeniably intriguing nuggets from these files—so far—below.

1.  A British paper received a strange anonymous call 25 minutes before the assassination.

File this under true and bizarre: 25 minutes before JFK was shot, a UK newspaper called Cambridge News received a weird phone call. The person at the other end said “that the Cambridge News reporter should call the American Embassy in London for some big news and then hung up,” according to a memo sent to FBI director J. Edgar Hoover by James Angleton.

2. With “Operation Mongoose” the CIA cooked up some bizarre, even funny ways to assassinate Cuban dictator Fidel Castro.

As the Daily News reports, the plan to kill the Cuban leader has been known for years, but now we know just how the CIA planned to do the deed. Suggested methods included botulism, a diving suit laced with tuberculosis, and—according to one newly-revealed memo—”a booby-trap spectacular seashell which would be submerged in an area where Castro often skindived.”

There was one problem with the plan. They couldn’t find a shell big enough.

3. Oswald definitely communicated with the KGB.

Oswald’s contacts with Russians as well as CIA-intercepted Russian statements about the assassin were damn suspicious. Oswald phoned the Russian Embassy and spoke with Consul Valeriy Kostikova. Kostikova. The memo about this contact said Kostikova was involved with the KGB’s Dept. 13—a department, it said, “responsible for sabotage and assassination.”

Then there’s the screengrab of one of the just-released memos below:

That’s a known member of the Cuban Intel apparatus stating outright that he both knew Lee Harvey Oswald and considered the assassin an excellent shot.

4. One of the FBI’s sources definitely thought Lyndon Johnson was behind the assassination.

The theory that LBJ had a hand in the president’s death isn’t new. What is new is evidence of just how seriously some took the accusation. A memo from Hoover to LBJ’s White House in 1966 stated the following:

There’s a letter in the new JFK files from RFK in which he mentioned a book that alleged he was sleeping with the actress. The same book contained allegations Robert Kennedy conspired with communists to murder Monroe but make her death look like a suicide. Investigators found there was no way he could have done it as he was in San Francisco when Monroe died.