Williams, known for his iconic role as “Omar” on HBO’s “The Wire” was found dead in his NYC apartment Monday. 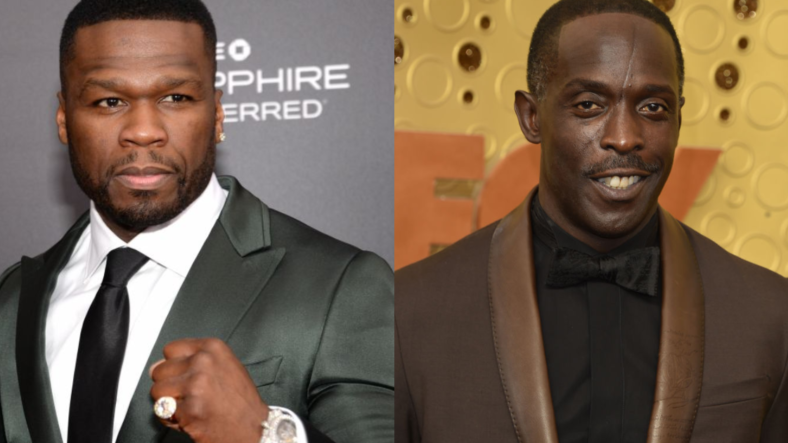 Rapper 50 Cent has deleted a highly controversial Instagram post he shared after the death of beloved The Wire star Michael K. Williams.

Williams, 54, was found dead in his New York apartment on Labor Day, reportedly from a possible drug overdose.

Not long after Williams’s death hit the news, Jackson posted a screengrab of a New York Post article about it with wide-eyed emojis and a caption reading, “Damn if you didn’t see Raising Kanan check it out that fentanyl is no joke, killing the clientele. R.I.P micheal k Williams.”

Fiddy was referencing the Starz show Power Book III: Raising Kanan, which is based at least in part on his life story. He added hashtags after his caption promoting his Branson Cognac brand.

The rapper and actor’s followers immediately responded with outrage, prompting him to delete the post. He wasn’t done, though. Jackson followed up with a new post that essentially amounted to doubling down—it was about a feud he’d had with Williams in 2018 over mutual acquaintances entangled in a murder-for-hire case that led to a friend of the actor’s going to prison.

Fiddy captioned that post, “Don’t ever try to understand me. I’m different. I don’t do all the fake love shit.”

He deleted that one too but by then the screengrabs were circulating online. And no one was on team 50 Cent.

Dude real live used a tragedy to promote his shit. Smh he could of just gave his blessings and moved on

50 cent a hoe for this pic.twitter.com/wwrTqgKsEE

I dont fuck with 50 Cent. He is always a dickhead, no matter the situation. Niggas be yucking it up. He is a piece of shit

Everyday 50 cent proves why he deserved to get shot 9 times… pic.twitter.com/30GQqriYRi

Jackson hasn’t addressed the backlash at all, other than deleting the offending posts.

Michael K. Williams’s family released a statement about his death to The Hollywood Reporter: “It is with deep sorrow that the family announces the passing of Emmy-nominated actor Michael Kenneth Williams. They ask for your privacy while grieving this insurmountable loss.”