We Want to Try This Ancient 5,000-Year-Old Chinese Recipe For Beer 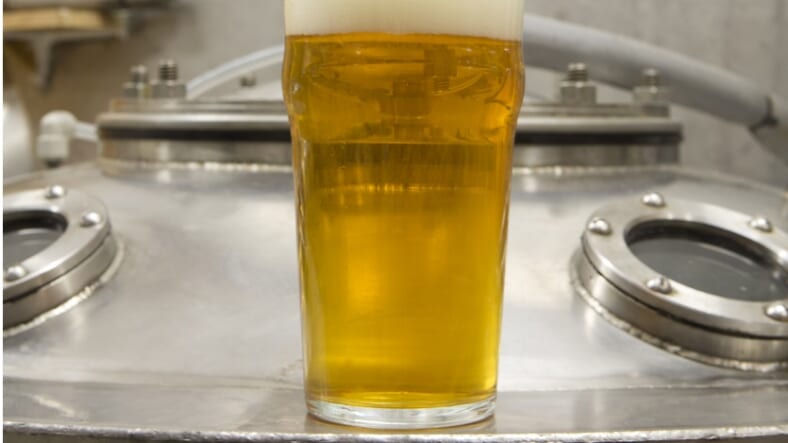 It contained two kinds of barley and a grain called broomcorn millet, and was most likely made to order. It wasn’t the latest small batch at your favorite hipster brewery, no—this was beer brewed 5,000 years ago using funnels and pots recently unearthed by archaeologists working on a dig in China.

That the ancient Chinese developed a number of products before Western counterparts isn’t really news to history buffs. However, according to a paper published in the pithily-named Proceedings of the National Academy of Sciences of the United States of America, this beer recipe is significant because it is “the earliest direct evidence of in situ beer production in China” and proves “an advanced beer-brewing technique was established around 5,000 [years] ago.”

CNBC’s helpful breakdown of the paper explains why this perhaps unneeded evidence of the eternal nature of beer is meaningful:

One of the most surprising aspects of the find lies in one the ingredients involved: barley. Barley was not grown for food in China at the time — it was first cultivated in western Eurasia, and it would not become an important crop in China until the Han Dynasty era, 3,000 years later.The researchers think barley was brought into the area specifically for beer-making. The farmers in the region probably either traded their own crops for the grain, or grew small patches of it in their fields.

Archaeologist Patrick McGovern commented on the paper for CNBC and indicated what any beer lover might assume—it was probably imported by someone wealthy to make an impression “and stay in power.”

Locals would’ve considered the beer a novelty, akin to a magic potion, and possessing the ingredients and materials needed to make it certainly boosted its maker’s stature.

Someone will surely take stock of these ingredients and market a modern-day version of this Chinese discovery—at least we hope so. Till then, we are once again amazed and a little touched by mankind’s enduring love affair with that magic elixir, beer.