“A day that will live in infamy.” 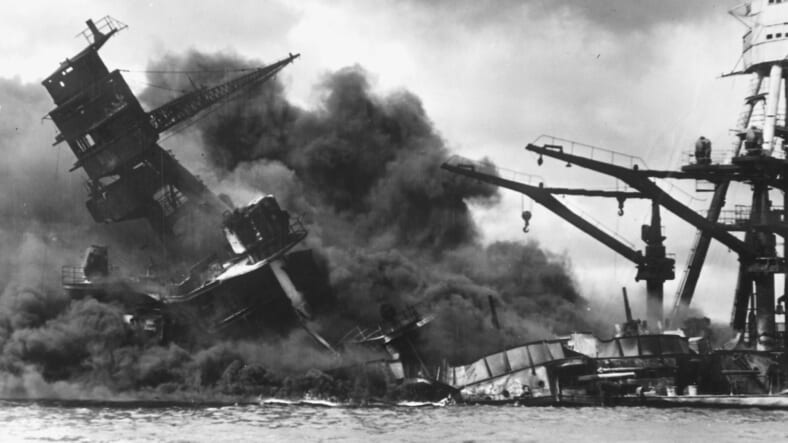 On this day 77 years ago, the Imperial Japanese Navy Air Service launched a devastating sneak attack on a United States naval base in Pearl Harbor, Hawaii.

The surprise strike would prove to be one the most successful operations of World War II and prompted President Franklin Delano Roosevelt to call December 7 “a day that will live in infamy.”

Over 350 Japanese aircraft launched from remote carriers bombarded American targets, destroying half of the eight present battleships and sinking or damaging 17 other warships. Nearly 190 planes stationed in nearby airfields were also lost.

Worst of all, over 2,400 American servicemen and civilians were killed. But had it not occurred, U.S. armed forces may never have joined the Allies in fighting the tyrannical Axis powers set on world domination.

To commemorate the 77th anniversary of the most infamous strike on U.S. soil, here are 7 facts you might not know about Pearl Harbor from BBC History Magazine.

Japan and China had been engaged in conflict for over four years. And the “Hawaiian Operation,” as it was called by Imperial commanders, was part of a larger “Southern Operation” that targeted Malaya, the Philippines and the Dutch East Indies.

Pearl Harbor was a high-risk operation.

Japan sent an entire fleet of six aircraft carriers, two battleships and three cruisers over 3,700 miles across the North Pacific ocean. Imperial destroyers couldn’t be refueled in bad weather and would have struggled to make it back to port if damaged, which is why American military leaders thought Pearl Harbor was an unlikely strike point.

Japanese submarines failed to accomplish their mission during the attack.

Five two-man submarines launched from a concentration of 26 larger “cruiser” subs positioned around the Hawaiian Islands were unable to enter the harbor the morning of December 7. An American destroyer sank one an hour and 15 minutes before the attack commenced, nearly giving the Japanese away.

American and British officials expected a war with Japan.

While there’s no evidence that British Prime Minister Winston Churchill or President Roosevelt had advance warning of the Pearl Harbor attack, intercepted Japanese correspondence indicated that they were gearing up for an offensive operation. But it was thought that Imperial forces would move on Thailand, Malaya or the Dutch East Indies, not Hawaii or the Philippines.

Many long-range American aircraft in the Pacific, including a force of B-17 Flying Fortress heavy bombers, were assigned to the Philippines by the U.S. Army.

The American fleet survived the attack.

Two veteran American battleships were damaged beyond repair by bombs and torpedoes, while three others were salvaged after sinking in shallow water. Another three vessels suffered minor damage, but the American Pacific Fleet’s three aircraft carriers were unscathed, having been deployed elsewhere on December 7.

Pearl Harbor was far from a total success for Japan.

The attack weakened American naval power, making it possible for the swift Imperial conquest of Malaya, the Philippines and the Dutch East Indies. But Japanese commander-in-chief Admiral Yamamoto failed to achieve his ultimate goal: the annihilation of the American carrier force.