Sorry to blow your mind. 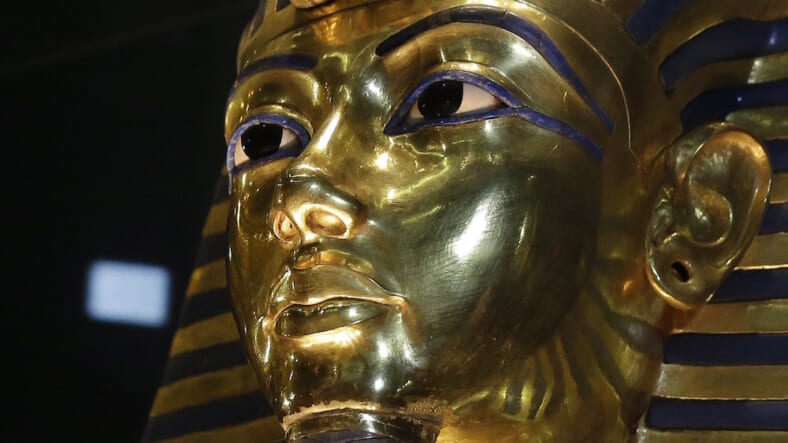 If you’ve been watching Ancient Aliens on History Channel with any skepticism, then consider this: a dagger buried with King Tutankhamun was recently determined to have extraterrestrial origins.

The blade of the dagger was cast from iron extracted by a fallen meteorite, a report published in the journal Meteoritics & Planetary Science claims.

The otherworldly blade, which was first unearthed in 1925, had long been a curiosity amongst researchers. It was certainly made of some sort of iron, although ironwork was rare in ancient Egypt and it hadn’t rusted in the 3,300 years that it had been entombed with King Tut.

Analysis of the blade’s metal revealed that it had far too high of nickel and cobalt content to be of this world. Researchers are now pointing to the metal of a nearby meteorite named Kharga, which lies 150 miles west of Alexandria.

This may substantiate the suspicions of other archeologists, who have long posited that many of the contents of the golden teenage king’s tomb were of extraterrestrial origins.

In 2006, an Austrian astrochemist notably offered up the theory that a supremely yellow gem on King Tut’s necklace must have been made of glass that formed when a meteorite crashed into the Sahara.

Still, the findings do not quite prove the far-flung theories of Ancient Aliens-truther Giorgio A. Tsoukalos, but it will certainly add some fuel to the History Channel’s fire.