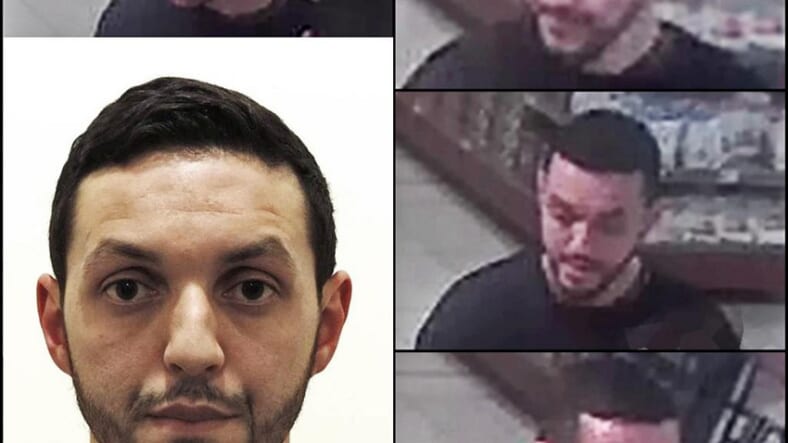 Multiple media reports indicate that Belgian authorities have captured Mohamed Abrini, suspected of involvement in the ISIS-inspired attacks on Paris in late 2015. Abrini’s arrest may also be a twofer: it looks he like also took part in the recent bombings in Brussels, Reuters reports:

Abrini, a 31-year-old Belgian, was “more than likely” the “man in the hat” seen on security camera footage at Brussels airport on March 22 with two suicide bombers, VRT and RTBF said on their websites, citing unidentified sources.

If confirmed, the arrests could mark a success for Belgian security services which have faced fierce criticism at home and abroad since Brussels-based militants organized the attacks that killed 130 in Paris on Nov. 13.

Extensive footage of the “man in the hat” released by Belgian investigators tracked him from the moment he left Zaventem Airport till he finally vanished into a neighborhood across the city.

Abrini’s arrest is the second recent high-profile arrest related to the Paris massacre. In mid-March Salah Abdeslam, seen with Abrini in the days prior to the attacks, was arrested in Brussels after being wounded during a confrontation with police.

The arrest is more than a counterterrorism victory for Belgian police. The country’s intelligence and law enforcement apparatus has been roundly criticized as ineffective when reports revealed that radicalized jihadis planned their attacks from Brussels’s heavily Muslim Molenbeek neighborhood.

There were few details about other arrests late Friday, but it looks like Belgium is keeping terrorists on the run.