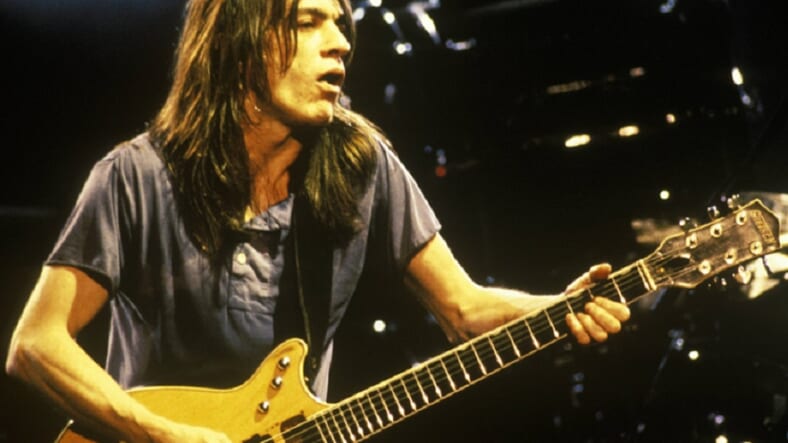 Guitarist and AC/DC co-founder Malcolm Young has died at his home in Australia.

The legendary metal band issued a statement online about Young’s death Saturday, saying his “enormous dedication and commitment” made him the band’s “driving force.”

Here’s the statement in full:

Today it is with deep heartfelt sadness that AC/DC has to announce the passing of Malcolm Young.
Malcolm, along with Angus, was the founder and creator of AC/DC.With enormous dedication and commitment he was the driving force behind the band.As a guitarist, songwriter and visionary he was a perfectionist and a unique man.
He always stuck to his guns and did and said exactly what he wanted.
He took great pride in all that he endeavored.His loyalty to the fans was unsurpassed.As his brother it is hard to express in words what he has meant to me during my life, the bond we had was unique and very special.
He leaves behind an enormous legacy that will live on forever.
Malcolm, job well done.

Young formed AC/DC with brother Angus in Sydney, Australia in 1973. Virtually from their inception the Youngs and their band mates were among the hardest working men in rock, touring constantly when not in the studio cutting monster albums like Dirty Deeds Done Dirt Cheap and Back in Black.

Malcolm Young last toured with AC/DC on the Black Ice Tour which ended in 2010. He continued on rhythm guitar for four more years, then the band announced he was on a leave of absence for what turned out to be dementia.

Young leaves behind his children and wife O’Linda.

Rock out with some of the band’s greatest moments below.