“An apology was given to the U.S. Air Force Academy for this unfortunate incident.” 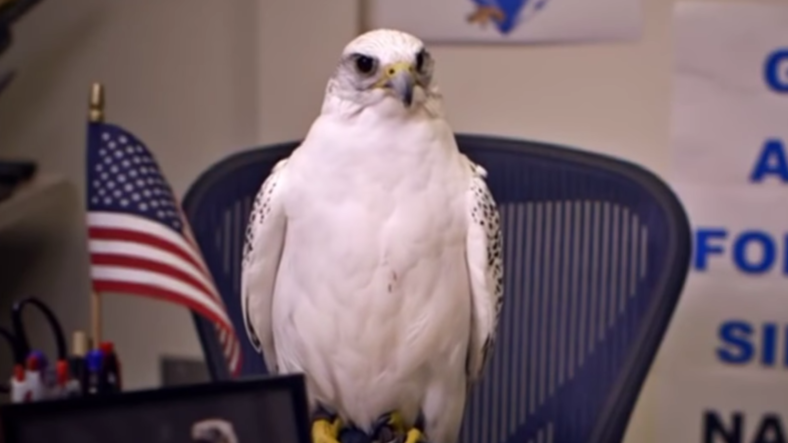 While pranks involving things like kidnapping mascots are virtually a tradition for the military schools, this one got a little out of hand, reported the Colorado Springs Gazette.

The falcon’s wings were injured after it was taken from a colonel’s home, and for an elderly bird, that’s bad news. From the Gazette:

Given its advanced age, the Air Force official said, Aurora might need to be euthanized.Aurora was being brought back to Colorado Springs on Saturday afternoon on the football team’s charter flight, Air Force associate athletic director for communications Troy Garnhart said.“USAFA mascot Aurora was injured over the weekend and is being transported back to Colorado,” academy spokeswoman Lt. Col Tracy Bunko said. “We have specialists at the academy who have the best training and facilities for her care. She is part of our academy family and we are all hoping for her full and speedy recovery.”

For their part, Stars and Stripes reports the Army cadets and West Point were sorry they did it—”it” being wrapping the falcon in sweaters before carrying it off in a dog crate:

“The U.S. Military Academy sincerely apologizes for an incident involving USMA cadets and the Air Force Academy falcons, which occurred Saturday,” said the post on West Point’s Facebook page. “We are taking this situation very seriously, and this occurrence does not reflect the Army or USMA core values of dignity and respect.“An apology was given to the U.S. Air Force Academy for this unfortunate incident.”

Even if the Air Force Academy accepts the apology and Aurora recovers, people outside the academies were concerned and tweeting about it.

I'll bet there are a couple of knuckleheads in some serious trouble over this…..

A Falcon is not a goat. It’s also not a donkey. Even a well trained falcon is still a wild animal with wild instincts. If not properly handled, it will panic and that can lead to devastating injuries to a creature with bones and feathers that can break very easily.

Hoping the Air Force academy's mascot Aurora recovers after west point cadets injured our mascot before the Air Force and Army game pulling a prank, this prank was uncalled for and the individuals should be disciplined. pic.twitter.com/WA8vlTujyx

As of Monday, Aurora seemed to be on the mend.

The only even halfway good thing here is it may be the motivation the Air Force needs to really kick Army’s ass the next time they meet on the gridiron.