The F-X can literally cut through enemy aircraft. 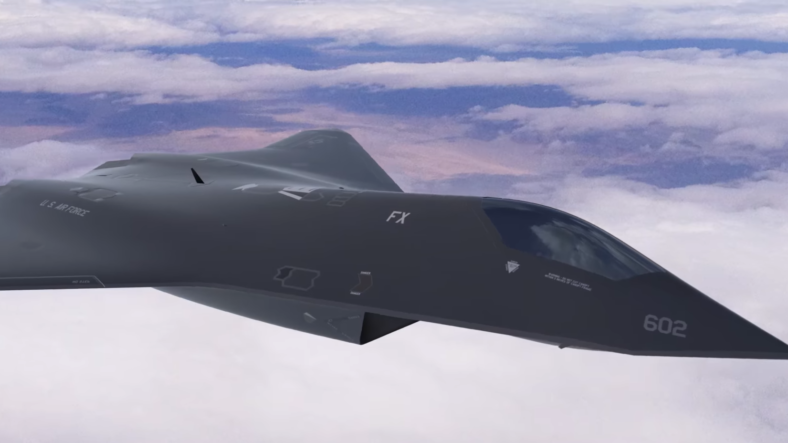 U.S. Air Force pilots could soon be blasting bogies out of the sky with laser beams.

At least, that’s what the Air Force Research Lab teased in the above video to plug their Science and Technology 2030 initiative.

A brief recap outlines pinnacle moments in USAF history, from the Wright brothers’ first flight to the adaptation of the F-22 Raptor, their fifth-generation stealth fighter.

But it’s the “tomorrow” segment that provides an exciting glimpse into the future. Included is the F-X, a futuristic jet armed with a high-energy laser that can cut an enemy aircraft in half.

Business Insider has more details on the F-X and its armaments:

Since at least 2015, the Air Force has been talking about mounting lasers on planes and jets, such as AC-130s and F-15s and F-16s. Lockheed Martin was recently awarded a $26.3 million contract to develop lasers for fighter jets.It’s unclear what capabilities a sixth-generation fighter would have, but some have speculated it could have longer range, larger payloads, and an ability to switch between a manned and an unmanned aircraft. It might also be able to travel at hypersonic speeds, carry hypersonic weapons, and more.

A slew of other awesome technologies are also showcased. Equipment designed under the Air Force’s Loyal Wingman program looks like a run-of-the-mill warhead falling out of the bomb bay doors—until it expands to rease a swarm of 50 or so unmanned drones.

A conceptual missile that causes induces electrical blackouts, a flight suit that monitors vitals, and a freaky digitalized face that floats above a jet’s dash are a few of the ideas displayed in the video.

See the incredible future of the USAF in the video above.