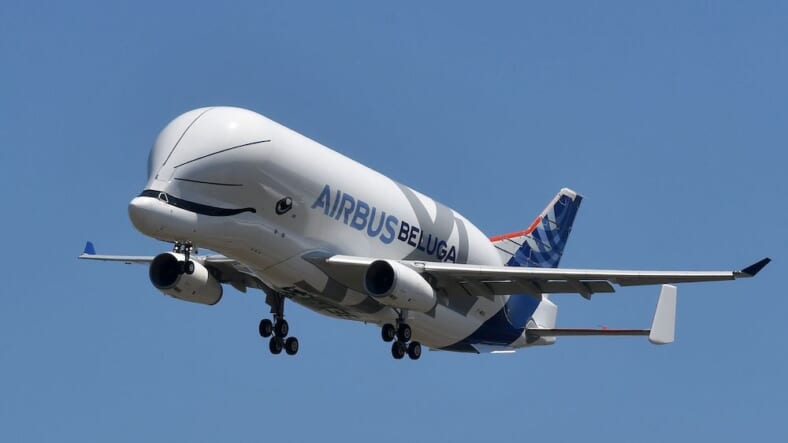 If you ever find yourself in Europe and notice a giant white wale hurtling through the sky, you’re not going crazy. That would be the latest cargo plane from French airline Airbus.

Airbus just debuted the next generation of its “Beluga” transport airplanes, this time built six meters longer, one meter wider and at 30 percent more capacity to meet growing demand.

That ups its total capacity to six tons more than current Beluga models.

The new “BelugaXL” had its first test flight in Toulouse, France, where it was debuted in its new livery—painted with the eyes and smile of a white Arctic whale.

Sadly, passengers will not be able to take a ride in one. They will be used by Airbus to carry aircraft parts from suppliers to assembly plants in France and Germany.

Before you start seeing Airbus BelugaXL plans in the sky, they will undergo test flights for another year, with the goal of entering service in 2019.