Shakespeare’s Skull Is Missing From His Grave 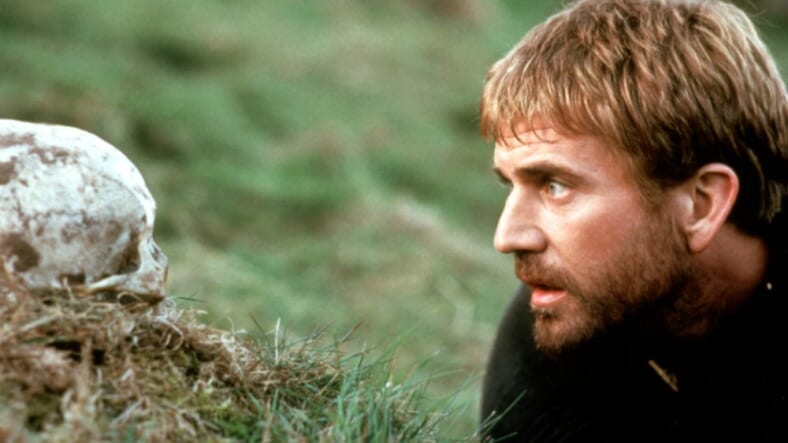 It appears that some enterprising scoundrel took Hamlet a bit too seriously.A British archeologist confirmed on Friday that the skull of William Shakespeare is “likely” missing from his grave, “confirming rumors which have swirled for years about grave-robbers,” Reuters reports.Researchers traveled to Shakespeare’s final resting place at the Church of the Holy Trinity in Stratford-upon-Avon, England, and were permitted to scan his grave with special radar equipment to determine the state of the legendary poet and playwright’s remains.

“We have Shakespeare’s burial with an odd disturbance at the head end and we have a story that suggests that at some point in history someone’s come in and taken the skull of Shakespeare,” archaeologist Kevin Colls from Staffordshire University told Reuters. “It’s very very convincing to me that his skull isn’t at Holy Trinity at all.”

Archeologists also examined a long-sealed crypt at a Worcestershire church some 15 miles away amid rumors that the Bard’s skull had been pilfered by bandits or other treasure-seekers.

Shakespeare’s skull has enjoyed a long, strange history in the four hundred years since his death. Here’s a bit more detail from Reuters:

The story of Shakespeare’s missing skull appeared in The Argosy magazine in 1879, which blamed the removal on trophy hunters from the previous century when grave-robbing was common.Skulls were worth collecting because genius, thought some at that time, would be evident in the remains of a man like Shakespeare, whose character Hamlet famously holds a skull while musing on death.

If you read Hamlet (and you should have — any self-respecting man has read at least some works by the Bard in his life), you know the scene we’re talking about. Here’s Mel Gibson in the 1990 film adaptation as a refresher:

There’s an amusing bit of irony to the mystery of Shakespeare’s missing skull. Reuters notes that while the Bard’s grave doesn’t actually bear his name, it does present a “warning rhyme” to potential thieves and grave-robbers: “Good friend, for Jesus’ sake forbear, to dig the dust enclosed here. Blessed be the man that spares these stones, And cursed be he that moves my bones.”Looks like that didn’t turn out so well.