This story just keeps getting weirder. 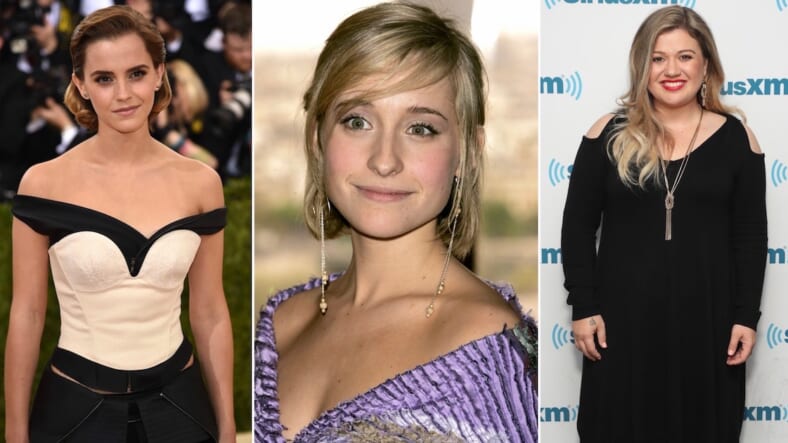 Allison Mack, the former Smallville actress who has been arrested for her role in the the allegedly abusive sex cult known as NXIVM (nexium), attempted to recruit other high-profile Hollywood women, according to law enforcement authorities.

In January 2016, Mack tweeted at Emma Watson requesting to have a “chat” about an “amazing women’s movement,” clearly a reference to NXIVM.

.@EmWatson I'm a fellow actress like yourself & involved in an amazing women's movement I think you'd dig. I'd love to chat if you're open.

The organization, based in Albany, New York, has been accused of branding women in the pelvic region and then forcing them to behave as “slaves” for the cult’s “masters” and have sex with leader Keith Raniere. It is accused of operating under the guise of being a “self-help organization.”

Mack followed up with Watson in February, thankfully to no response from the Harry Potter actress and UN Women Goodwill Ambassador.

.@EmWatson I participate in a unique human development & women's movement I'd love to tell you about. As a fellow actress I can relate so…

Mack sent a similar tweet to American Idol winner Kelly Clarkson in 2013, although the tweet stops short of asking her to “chat” about joining NXIVM.

@kelly_clarkson I heard through the grapevine that you're a fan of Smallville. I'm a fan of yours as well! I'd love to chat sometime.

Mack was allegedly successful in luring other women into the abusive cult and even is reported to have taken control of the group after founder Keith Raniere was arrested.

“As alleged in the indictment, Allison Mack recruited women to join what was purported to be a female mentorship group that was, in fact, created and led by Keith Raniere,” Richard P. Donoghue, U.S. Attorney for the Eastern District of New York, said in a statement announcing the charges.

“The victims were then exploited, both sexually and for their labor, to the defendants’ benefit. This Office and our law enforcement partners are committed to prosecuting predators who victimize others through sex trafficking and forced labor.”

Mack and Keith Raniere, both seen in the video above, face life in prison for sex trafficking and forced labor if indicted in federal court.