“I’m never plugging that device in again. I can’t trust it.” 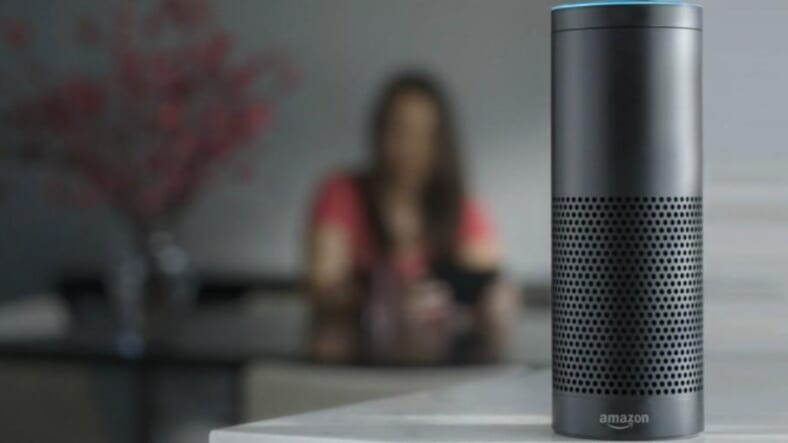 A Portland couple received a phone call that they were being hacked after the voice-activated speaker recorded their conversation and sent the audio without their permission, according to the Washington Post.

The caller who received the files is an employee of the husband and was listed in their contacts.

“We unplugged all of [the Alexa devices] and [the caller] proceeded to tell us that he had received audio files of recordings from inside our house,” a woman who identified herself as Danielle told Seattle news station KIRO 7.

“At first, my husband was, like, ‘No you didn’t!’ And the [recipient of the message] said, ‘You sat there talking about hardwood floors.’ And we said, ‘Oh, gosh, you really did hear us.'”

Amazon explained the “unlikely” chain of events that caused the freaky incident in a statement.

“I’m never plugging that device in again,” Danielle said. “I can’t trust it.”

Based on others’ panicked reactions, she’s not alone.

Big brother is watching. We go, we speak, we buy, we Google. They know.

#Amazon, that #Alexia thing is the #devil.

Another reason why there will never be one of those evil things in my house.

can't truss dis shit, one day folk will asked up b4 smart homes and smart meters attached to those homes. #Orwellian shit

Tempted as you might be to take a sledgehammer to any Alexa-enabled devices, Mashable and Buzzfeed have some suggestions that can hamper her ability to eavesdrop.

Activate Alexa with a phrase you use less frequently, like “big brother” or “overlord.”

If you’re worried about accidentally triggering Alexa — maybe you often say words that sound similar to “Alexa” — you can change your Echo’s wake word to either “Echo,” “Amazon” or “computer.” Just make sure these words aren’t more likely to trigger your device than Alexa.

Require Alexa to be prompted by the wake word before executing each command.

To prevent an Alexa-enabled device to continue listening after the initial wake word trigger, go to your Alexa app > Menu > Alexa Devices > Select your device > Turn off Follow-Up Mode.

Keep Alexa away from the ones you love and don’t grant access to your contacts. If you’ve already done so, you’ll need to call Amazon to disable the feature.

Call the general help number toll-free at 1-877-375-9365. Go to this special Contact Us page and select Amazon Devices > your Echo name > Echo Devices > under “Select issue details,” Something Else> under “How Would You Like To Contact Us,” select Phone. You will then enter your phone number and an Amazon rep will call you.

Alternatively, that sledgehammer will work as well.