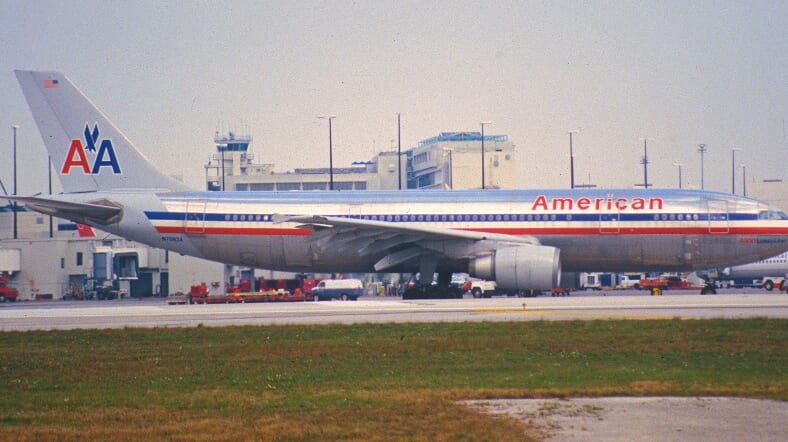 On one hand, flight attendant is probably kind of a thankless job. Sure, you get to travel and meet new people, but the pay isn’t great and passengers can be terrible. On the other hand, long hours and low pay don’t excuse what happened on American Airlines flight AA591 from San Francisco to Dallas.

The video above was posted on Facebook by passenger Surain Adyanthaya on Friday, April 21st. In the caption, Adyanthaya writes that the “AA Flight attendant violently took a stroller from a lady with her baby on my flight, hitting her and just missing the baby.” Then, as if to double-down on making things even worse for airlines in general after United already did a bang-up job, the flight attendant “tried to fight a passenger who stood up for her.”

The back story, according to Fox affiliate Q13, is that the woman, an international traveler from Argentina, boarded with the stroller and then resisted the attendant’s efforts to remove her stroller. The recorded conflict ensued. Another passenger told the TV station that the woman knew “not to bring the stroller on a plane, she refused to let it go… she was shouting, so she is also at fault in my opinion.”

American Airlines, to its credit, responded strongly to the video, reports Time. The company said in a statement that they have “have already started an investigation to obtain the facts.”

“What we see on this video does not reflect our values or how we care for our customers,” the statement read, “We are deeply sorry for the pain we have caused this passenger and her family and to any other customers affected by the incident. We are making sure all of her family’s needs are being met while she is in our care. After electing to take another flight, we are taking special care of her and her family and upgrading them to first class for the remainder of their international trip.”

As for the behavior of the flight attendant, the air carrier stated that the “actions of our team member captured here do not appear to reflect patience or empathy, two values necessary for customer care. In short, we are disappointed by these actions. The American team member has been removed from duty while we immediately investigate this incident.”

@United overbook #flight3411 and decided to force random passengers off the plane. Here's how they did it: pic.twitter.com/QfefM8X2cW

United Airlines apologized for the violent removal of Dr. David Dao from one of its flights earlier in April, and Chicago law enforcement who participated in his extraction were suspended. Dao, however, is still likely to sue—just as anyone might.

We still don’t know what anyone from this American altercation might do, but based on the video, you couldn’t blame them for thinking lawsuit, either.