American Sexual Practices Are Freakier Than Ever, Study Finds 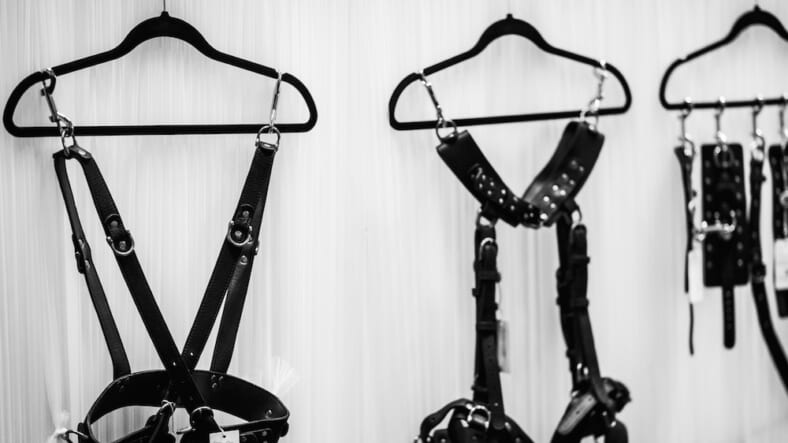 If you hadn’t realized already, Americans are freakier than ever.

Recently, Maxim reported that OkCupid was opening its doors to polyamorous couples, or those “open” to welcoming others in on the fun. While this raised few eyebrows in elite circles, we had already seen some pretty naughty stuff in 2015. After all, it was the year we finally added a “butt stuff” tag to our website.

Now, we’ve got numbers to back us up. In a report for the New Year, OkCupid compiled exhaustive research about Americans’ sexual proclivities in 2015, and they’re just as nasty as suspected.

A whopping 58 percent of OkCupid users reported a desire to participate in bondage, which is a 5 percent uptick from 2014. Perhaps that 50 Shades fluff went to a few users’ heads, but most seem to know the drill. Sixty percent of users claimed they would prefer to be tied up while the other 40 percent said they would like to take on the “dom” role.

With things heating up, it’s more important than ever to have some chill time. OkCupid noted that usage of the term “Netflix and chill” in messages rose 5357 percent over 2015.

That said, this tide of kinkiness hasn’t caught on in some demographics. Utah is living up to its chaste reputation, with 19.78 percent of users claiming to be virgins. But let’s not forget a lot of those people don’t count backdoor action. On the other end, Oregonians reported a laissez-faire attitude, with 15.51 percent of users in Oregon claiming they were looking for casual sex, more than anywhere else in the nation.

The report from OkCupid didn’t mention a number of metrics, such as race, age, or socioeconomic status (that one can be tricky to glean from a dating service). But it’s safe to assume most users are young and single, which means they’ll soon be setting the standard for the rest of us.