If she asks for an “angel shot,” you’re in serious trouble… 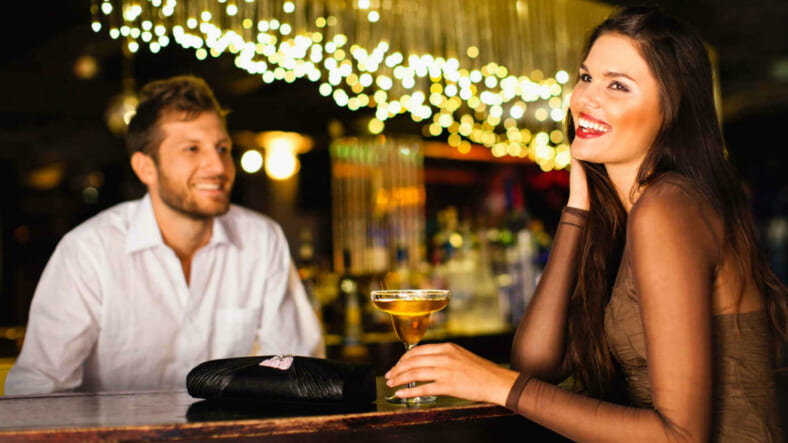 Perhaps you’ve heard of something called an “angel shot,” as it’s basically been everywhere on the internet these past few days. But in case you haven’t, if a woman orders an angel shot, it is code for “get me the hell out of here.”

Order an ‘Angel Shot’ at this bar in Florida for help getting home safe: https://t.co/86xS76QiVM pic.twitter.com/iuuFBhmQxZ

So, if a woman feels uncomfortable or unsafe around her date and feels she can’t simply get up and leave, she can go to the bar and order an angel shot. Then, the bartender can either walk her to her car, call her an Uber, or if necessary, even call the cops.

But even though the internet is making it seem like the “angel shot” idea is extremely popular and many bars are adopting the practice, that’s not exactly true. As far as we know, only a handful of places have put the idea into practice, including a Hooters in South Africa. (By the way, ladies: if he takes you to Hooters on your first date, that’s not a good sign.)

The wing-slinging restaurant posted up a sign that reads: “Is your Tinder or Plenty of Fish date not who they said they were on their profile? Do you feel unsafe, or even just a little bit weird? We’re here to help. Just go to the bar and order an angel shot.”

A picture of the sign went viral and has been shared almost 500,000 times on Facebook times since it was posted by Renaldo Gouws on January 11.

And Hooters South Africa had a cheeky response to all the attention it was receiving, and tweeted that “All this talk about ‘Shots’ is making us kind of thirsty.”

All this talk about "Shots" is making us kind of thirsty.
🍺 #ThirstyThursday pic.twitter.com/KFWZj14OBt

The angel shot scheme is similar to the “ask for Angela” campaign that’s been going around London, which is when a woman can ask the bartender for “Angela” if she needs help getting away from her date without causing a fuss.

i saw this in a toilet and thought it was important and should be a thing everywhere not just lincolnshire !!!! pic.twitter.com/oO45I7gaJL

Similarly, a bar in England called The Brickyard is also using an emblematic ploy to help female customers who feel unsafe. All they need to do is “come to the bar and ask for Rachelle or Jennifer and we’ll get you out of it and/or get you a taxi.”

While these allegories, such as ordering an angel shot or asking for Jennifer, might seem silly to a lot of people, it’s actually brilliant, considering the fact that Britain’s National Crime Agency reported a six-fold increase in first date rape cases over the last five years.

With all that said, if you ever hear a lovely lady order an “angel shot” or “Rachelle” or anything else that sounds utterly bizarre to order at a bar, you should know that something’s probably up. Especially if she seems rattled or uneasy.

And if the lady in question is your date…yikes.