Listen to audio of one of his most disturbing encounters here. 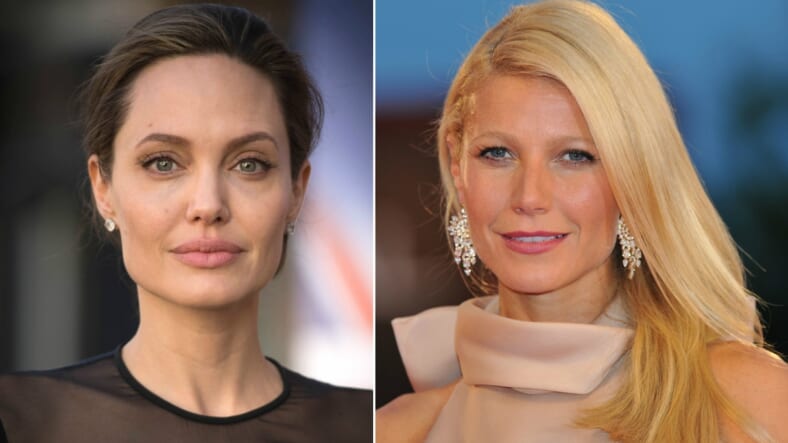 Accusations continue to mount against Hollywood producer Harvey Weinstein, who was fired from The Weinstein Company he had co-founded following a damning exposé from The New York Times detailing decades of sexual abuse.

Gwyneth Paltrow and Angelina Jolie are the latest to come forth, with Paltrow stating the abuse occurred during the production of Emma (1996), which catapulted her to stardom and laid the path to her Best Actress Oscar win for Shakespeare in Love in 1999.

“Before shooting began, he summoned her to his suite at the Peninsula Beverly Hills hotel for a work meeting that began uneventfully,” The New York Times reports. “It ended with Mr. Weinstein placing his hands on her and suggesting they head to the bedroom for massages, she said.”

“I was a kid, I was signed up, I was petrified,” Paltrow said. “I thought he was going to fire me.”

“She refused his advances, she said, and confided in Brad Pitt, her boyfriend at the time. Mr. Pitt confronted Mr. Weinstein, and soon after, the producer warned her not to tell anyone else about his come-on,” the report continued.

“I had a bad experience with Harvey Weinstein in my youth, and as a result, chose never to work with him again and warn others when they did,” Jolie told The New York Times by email. “This behavior towards women in any field, any country is unacceptable.”

Oscar nominee Jessica Chastain even admitted his predatory behavior was something of an open secret in Hollywood.

“I was warned from the beginning. The stories were everywhere. To deny that is to create an enviornment [sic] for it to happen again,” Chastain tweeted, perhaps in a jab to other actors who claimed they were unaware of his reputation.

Ashley Judd was among the first to speak out, telling The New York Times Weinstein invited her to his hotel room and asked if she could watch him shower.

The New Yorker promptly followed with an investigation of its own from Ronan Farrow, with Italian actress Asia Argento outright alleging the disgraces movie mogul had raped her in a hotel room in 1997.

“[Weinstein] terrified me, and he was so big,” Argento said. “It wouldn’t stop. It was a nightmare.”

As part of its investigation, The New Yorker acquired an audio recording of Weinstein begging another Italian actress, Ambra Battilana Gutierrez, 22 at the time, to watch him shower in his hotel room.

“I’m gonna take a shower; You sit there and have a drink,” Weinstein is heard saying, after Gutierrez adamantly rejects his insistence she join him in his hotel room.

Gutierrez relayed that Weinstein had grabbed her breasts and put his hand up her skirt during a 2015 meeting in his New York office. The N.Y.P.D then outfitted her with a wire, and Gutierrez captured continued abuse at the bar of the Tribeca Grand Hotel.

“I’m not going to do anything. I swear on my children,” Weinstein says in the recording.

Weinstein, in conversation with Gutierrez, admits to groping her. Here’s the audio: https://t.co/zSQbK5NV0c pic.twitter.com/vmrrSUp43w

At one point, Gutierrez pleads she is uncomfortable, to which Weinstein replies, “I’m used to that.”

All their accounts bear unmistakable commonalities—Weinstein asking his victims to massage him and then badgering them into silence at the precipice of their fame.

“He started massaging my shoulders, which made me very uncomfortable, and then tried to get more physical, sort of chasing me around,” Mighty Aphrodite actress Mira Sorvino told the New Yorker of her 1995 encounter with Weinstein.

She even claims her rejecting Harvey damaged her career. “There may have been other factors, but I definitely felt iced out and that my rejection of Harvey had something to do with it.”

The accusations are numerous and sickening… and will in all likelihood keep coming in.