Are You a ‘Lion,’ ‘Dolphin,’ ‘Wolf’ or ‘Bear’? This Animal Quiz Could Change Your Life

Knowing which animal you most identify with can improve your health, sleep, and overall productivity. 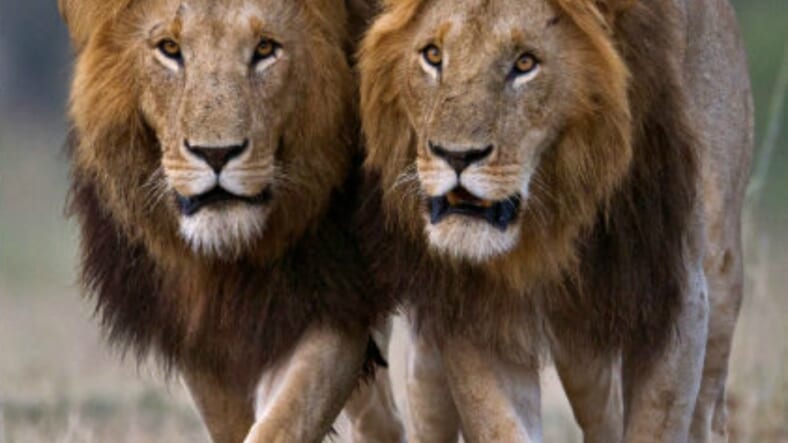 According to Michael Breus, a board-certified sleep specialist and author of The Power of When, everyone has a different biological clock that controls hormone levels and dictates what time you’re energetic in the day–which obviously has a lot to do with how productive you are.

He calls this a “chronotype,” and explains on his website:

Unlike a normal clock, not every person’s biological clock keeps the same time or even at the same pace. If you’ve ever heard someone say, “I’m not a morning person”, well there’s a reason for that. Some people are meant to be more productive in the morning than at night, and vice versa.

Believe it or not – your body has been programmed to function much better at certain times of the day than others. Based on general morningness and eveningness preferences, different people fall into different classifications, called “Chronotypes.”

With that said, Breus has identified four chronotypes — bear, lion, dolphin, and wolf — each of which has its own schedule. When you know your personal chronotype, you can follow its schedule to become healthier, more productive, and sleep better than ever.

Take the quiz here to find out your chronotype, then check out your animal traits below.

When it comes to sleep, bears operate with the rise and fall of the sun, with sleep-wake patterns that match the solar cycle. “Bears like to get their seven to eight hours, but they’ll hit snooze a few times in the morning,” Breus explains.

For a bear, the day should ideally start bright and early at 7 a.m., with a high-protein breakfast soon after waking up, and caffeine should be avoided for 90 minutes after getting up.

During the day, bears should do tasks that require focus in the morning, and then move on to creative tasks in the afternoon.

Around 6 p.m. after work is the best time to exercise, and a light dinner should follow shortly after. All electronics should be powered down by 10 p.m., and bedtime at 11 p.m.

Unlike most of us, lions naturally wake up early around 5:30 — usually even before their alarm clock goes off.

These type-A personality folk should start their day with a low-cardb breakfast immediately after waking up, and jump right into work since their peak working hours are in the morning.

Around 1 p.m. is the ideal time for creative activities like writing and brainstorming, and a little later around 3, time should be spent on work that’s not mentally taxing.

Wolves are night owls and don’t exactly wake up bright-eyed, which is why Breus says “they hate mornings and usually hit the snooze button multiple times. They are late to work, and usually on their third cup of coffee at 9 a.m.”

So, wolves should set an alarm for 7 a.m. and snooze for another 20 minutes. Then, a healthy breakfast at 8 a.m. followed by some exercise outside in the fresh air. Coffee should be avoided until 11.

Mornings should be dedicated to restful, light tasks like planning the rest of the day. Do some busywork until lunch around 1, and when that coveted mental peak is reached at 2 p.m., use that energy to knock out bigger projects.

Exercise after work around 7, and since wolves have more energy later in the day, alcohol should be avoided while having dinner around 8 p.m. since it tends to disrupt sleep.

Turn off screens around 11, and after winding down for a while, try to go to sleep at midnight — and commit to it, or else you’ll be up for a while.

As the insomniacs of the four chronotypes, one in 10 people are dolphins, which Breus says are “are anxious people who have irregular sleep schedules. They often self-diagnose as insomniacs and send emails all night long.”

For their morning routine from 6 to 10 a.m., Breus recommends exercising early in the morning, followed by a cool shower by 7:30, and an energizing high-protein breakfast around 8.

A small coffee around 10 will give a nice boost, and from then until noon are peak creativity hours.

Late afternoon is when dolphins are most alert, so use that time to finish up detailed tasks until 6 p.m., followed by dinner at 7.

To combat that dreaded insomnia, all electronics should be turned off by 10 p.m. to allow to hours to wind down before bedtime at midnight.