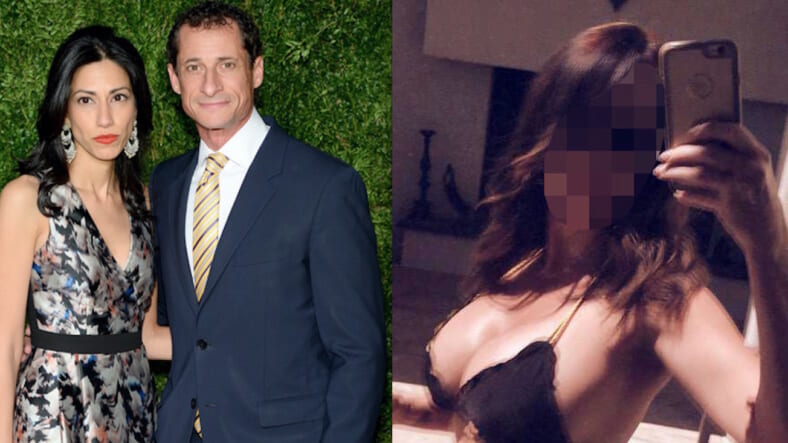 Huma Abedin has had enough. In the wake of her husband Anthony Weiner’s third sexting scandal, Hillary Clinton’s right-hand woman just announced that the pair have split.

“After long and painful consideration and work on my marriage, I have made the decision to separate from my husband,” Abedin said in a statement.

“Anthony and I remain devoted to doing what is best for our son, who is the light of our life. During this difficult time, I ask for respect for our privacy.”

The scandal broke this Sunday when the New York Post obtained screenshots of Weiner (better known as “Carlos Danger” to his Twitter confidants) back to his old habits, even firing off a lewd “crotch shot” taken in bed next to his toddler son. This all reportedly went down while Abedin was hard at work on the Clinton campaign trail.

Huma Adebin announced split from Weiner after he was busted sexting this snap with their son https://t.co/dn5zuBmcqp pic.twitter.com/5T0zFtfD3r

The Post shared much of his conversation with the woman, identified only as a “busty brunette” with opposing pro-Tump conservative politics (which they clearly worked through).

Much of Weiner’s past sext-related drama played out during his 2013 New York mayoral bid, as revealed in the fly-on-the-wall documentary Weiner.

Though some critics deemed the film cringe-worthy, others saw it as sympathetic and were ready to give the disgraced former congressman a second chance, bolstered by the fact Abedin had so publicly stuck by his side.

Weiner’s chances at coming back in some way may now be completely shot. The Daily Beast just reported that the New York Daily News killed his weekly political column, in which he was often a vocal critic of GOP presidential candidate Donald Trump.

And in what may be the ultimate sign of how far the normally feisty and outgoing pol has truly fallen, Anthony Weiner deleted his Twitter account.