What We Know About the Mysterious Antonin Scalia-Linked Order of St. Hubertus

Was there “Order” in the Supreme Court? 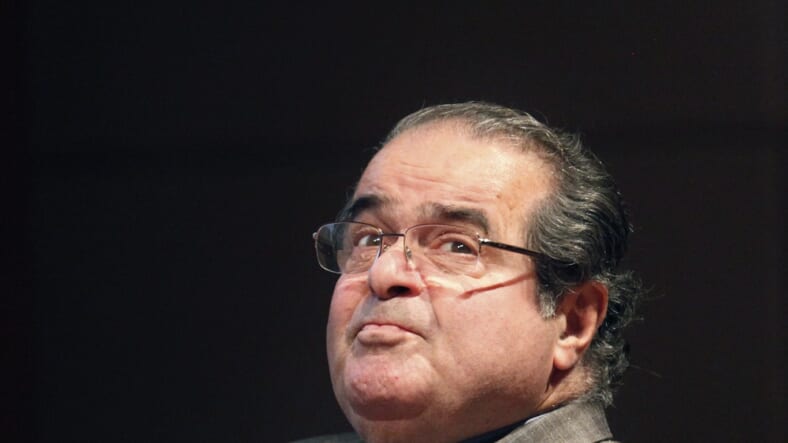 When Supreme Court Justice Antonin Scalia died February 13 at Cibolo Creek Ranch in West Texas, he was found to have passed from natural causes. An AP report on those causes listed just a few of the maladies the conservative jurist was battling at the time of his death: “sleep apnea, degenerative joint disease, chronic obstructive pulmonary disease and high blood pressure.”

It was clear the only thing conspiring against the justice was age and health. Still, the oddly vague nature of reports from the ranch following Scalia’s death have supported a lasting air of mystery. Since the Washington Post determined that a group of high-powered men who are members of a secretive, fraternal hunting order were also at the ranch when Scalia died, the sense of mystery has only intensified. Here’s some of what we know about the order and Scalia’s connection with it.

The International Order of St. Hubertus (IOSH) is a male-only hunting and wildlife society dating back to 17th century Austria. On its website the order says it “is a worldwide organization of hunters who are also wildlife conservationists and are respectful of traditional hunting ethics and practices.”

The Order’s ceremonial robes and latin motto don’t help its Da Vinci Code-esque air. The Post reported members “wear dark-green robes emblazoned with a large cross and the motto ‘Deum Diligite Animalia Diligentes,’ which means ‘Honoring God by honoring His creatures.'” Some of the members are given titles as well, like “Grand Master” and “Knight Grand Officer.”

Two upper echelon members of IOSH were with Justice Scalia at Cibolo Creek Ranch. One was the ranch owner, John Poindexter. The other was top-tier D.C. lawyer C. Allen Foster. Foster, reported the Post, accompanied Scalia on a private plane ride to the location. When the paper attempted to reach him to ask questions about his trip with Scalia, Foster was unavailable. An additional intriguing—but possibly easily-explained—detail regarding Scalia’s final plane ride to Cibolo Creek: Like all Supreme Court justices, Scalia normally has U.S. Marshal protection. He decided to leave that behind before boarding the plane to the ranch.

Ranch owner John Poindexter said Scalia had no connection with the order. In an email message to the Post, Poindexter wrote that there was nothing he could “add to [Post reporters  Amy Brittain’s and Sari Horwitz’s] observation that among my many guests at Cibolo Creek Ranch over the years some members of the International Order of St. Hubertus have been numbered.” Poindexter continued on to say he was “aware of no connection between that organization and Justice Scalia.”

Some serious Republican donors were at Cibolo Creek Ranch when Scalia died as well. The Post reported that aircraft “owned by Wallace ‘Happy’ Rogers III and the company of A.J. Lewis III left from San Antonio and arrived at the ranch just after noon Feb. 12.” Both left on Valentine’s Day. Happy Rogers and A.J. Lewis have both donated to Republican campaigns in the past, with Rogers having spent some $65,000 on Republican campaigns in the last eight years alone.

It could be that Antonin Scalia merely took an offered opportunity from a friend who had already planned an IOSH-related trip to get a little rest and relaxation. Then again, if Scalia, who was revered by generations of American conservatives for his ironclad adherence to their principals in his rulings, was himself a member of a society whose “Grand Master” is referred to as “His Imperial Highness Istvan von Habsburg-Lothringen, Archduke of Austria,” it’s easy to see why those who cared about him might be wary and wish to protect his reputation from being connected with something that might seem so odd to the average American.