Apple Says The Titanium Apple Card Is Coming In August

The Apple Card won’t use a traditional 16-digit card number, CVV code, or expiration date, but it’s set to be more secure than regular credit cards. 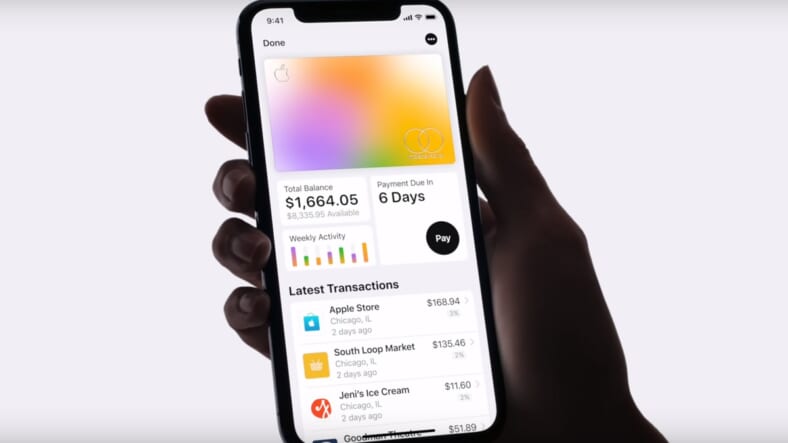 One of the more surprising Apple products debuted in March 2019–the Apple Card, a.k.a. the electronics and software giant’s first foray into the world of finance.

As described, the Apple Card is set to be a truly innovative product, and it looks like we’ll get to start using it in August 2019.

This news comes via The Verge. The tech publication quoted Apple CEO Tim Cook to confirm: “Thousands of Apple employees are using the Apple Card every day in a beta test,” Cook said, “and we will begin to roll out the Apple Card in August.”

The Apple Card will come in both a digital and a physical, titanium card form. However, the Apple Card won’t use a traditional 16-digit card number, CVV code, or expiration date as a personal identifier. Instead, it will generate those numbers randomly during each transaction to keep purchases secure. The numbers are also generated on-device, with the company promising that Goldman Sachs, the creditor, won’t be able to track and see where you’ve shopped, what you bought, or how much money you spent.

That the physical card is made from titanium–it’s intended for use where Apple Pay isn’t an option–tells you Apple is definitely in for the long haul here. But for many, the buried lead might be this: the Card will be vastly more secure than anything in your wallet (or inside Apple Wallet) today. Techcrunch has a handy explanation:

Chief among the benefits is a range of security and privacy features, which Apple says — unlike traditional credit card providers — the company doesn’t know where a customer shopped, what they bought or how much they paid.But its one feature — a one-time unique dynamic security code — will make it nearly impossible for anyone to use the credit card to make fraudulent purchases.

That three-digit CVV code is supposed to be the usual brake on fraudsters trying to cop your credit line, but it stays the same on regular credit cards. With the Apple Card it will rotate so even if someone managed to snag your data, without the current code they won’t be able to use it.

Apple will have incentives as well, including 2 percent cash back when you buy with Apple Pay and up to 3 percent return on purchases from the Apple store.

The exact date for applications opening isn’t set, but–and Apple surely planned it this way–it looks like you’ll definitely have your card well before the holiday shopping season begins.