There’s Now a Horrifying Recipe for ‘Green Apple Guacamole,’ And The Internet Is Totally Losing It

Not all guac is good guac. 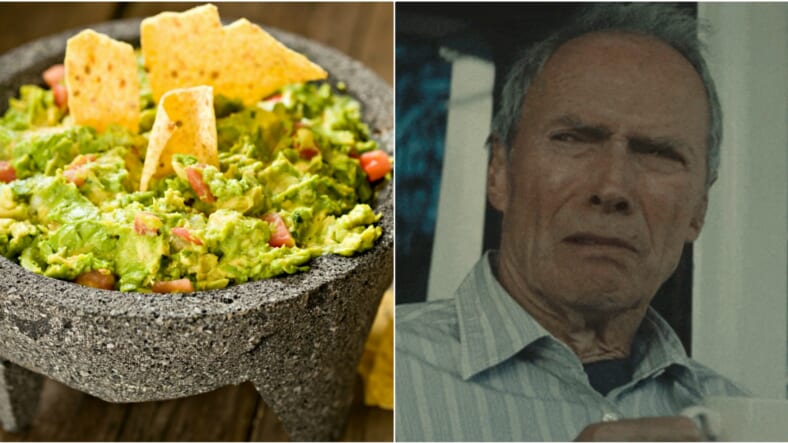 Remember the pea guacamole from last year? Come on. That’s just offensive. You can’t just mix peas into something as holy and pure as guac and expect to get away with it.

.@nytimes this is disrespectful

And now, someone decided it’d be a good idea to pollute guacamole with Granny Smith apples “for a game day dip with a twist.”

Goddammit. Is nothing sacred anymore???

How dare they defile guac like that? Apples are for shooting off heads and baking into pies — not for mixing with avocados and cilantro and serving to your friends like there’s nothing wrong with it.

But I know a little trick that’ll make this awful recipe a thousand times better: If you add in a couple tablespoons of vegetable oil, it’ll really bring the ingredients together, and make it easier to scrape into the trash.

I’m not the only person insulted by this disgraceful marriage of apples and guacamole, though. The entire internet, save for a very small number of people, hates it, too.

What the actual fuck. What asshole puts apple in perfectly good guacamole

Guacamole is perfect the way it is. Stop trying to make Apple or pea guacamole happen https://t.co/JGz7kKbWNd

Apple in guacamole?!? Is nothing sacred. Nothing has been ok since Prince and Bowie died.

An apple a day keeps your guacamole fucking inedible

why does People hate guacamole?

I wonder what these ‘chefs’ will come up with next. Replace avocados with potatoes for a a heartier dip? Fold in Cool Whip for a fluffier texture? I don’t know. I’m just hoping that nobody tries to disrespect guacamole like this ever again.