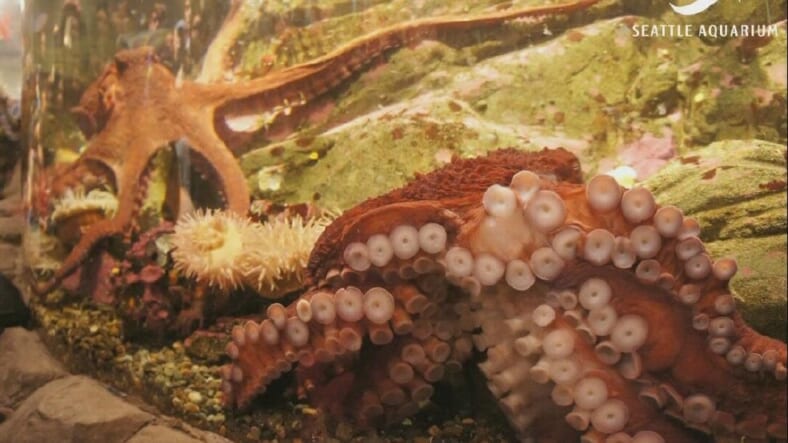 A massive 70-pound octopus named Kong was deemed “too big” for its potential mates by the staff at the Seattle Aquarium on Sunday, prompting the aquarium to cancel its annual Valentine’s Day spectacle of two octopuses getting it on. But no, it’s not because of the size of his octopus phallus — it’s his appetite that’s the problem.You see, instead of making a sandwich or ordering a pizza after sex, octopi have a habit of devouring each other. The larger octopus will often strangle its partner during or after copulation and then proceed to engage in cannibalism. Since Kong is twice the size of his would-be mates, Seattle ABC affiliate KOMO reports that the aquarium decided to cancel their traditional display of “eight-armed nooky” due to the graphic post-coital horror show that was likely to follow.

It seems that the aquarium staff took the appropriate measures to prevent their assembled audience from seeing an extremely graphic display of octopus S&M. Perhaps they’ll stick to dinner and a movie next time.