“We are on track to deliver a laser next year and support the Army’s effort to build a platoon of laser-combat-capable Strykers.” 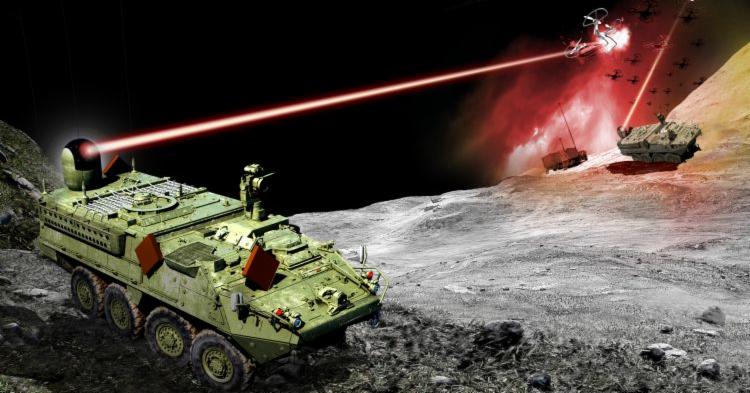 The U.S. Army is gearing up for a “lase-off” that will feature a firing of its Stryker armored vehicle-mounted 50-kilowatt laser, a new weapon designed to incinerate everything from drones, helicopters and aircraft to enemy missiles.

Details regarding the competition are limited, but the service said that the technology will “complete a competitive performance checkout leading into a range demonstration against various threats.”

The Stryker-fired laser has been in development under the Army’s growing Initial Maneuver Short Range Air Defense (IM-SHORAD) program, which was created with the goal of re-equipping mobile armored vehicles with air-and-missile defense systems, according to Fox News.

“The time is now to get directed energy weapons to the battlefield,” Lt. Gen. L. Neil Thurgood, Director of Hypersonics, Directed Energy, Space and Rapid Acquisition, said in an Army report.

“The Army recognizes the need for directed energy lasers as part of the Army’s modernization plan. This is no longer a research effort or a demonstration effort. It is a strategic combat capability, and we are on the right path to get it in soldiers’ hands.”

If all goes to plan, a platoon of four Stryker vehicles will be armed with operational 50 kilowatt-class lasers by 2022. Major U.S. defense companies Northrop Grumman and Raytheon are being subcontracted as part of an Other Transaction Authority (OTA) agreement between the Army and Kord Technologies, another defense and aerospace company. OTAs are accelerated weapons acquisition programs created to meet urgent needs.

“It is all about the ability to put photons on target. It is a system that can be deployed rapidly from a stowed position. It can engage an enemy at the speed of light. It has to be able to shoot from a moving platform and engage a moving target through an air column that can be full of rain, dust or turbulence…and hold that energy on target long enough to get the desired effect,” Mark Skinner, Vice President of Directed Energy, Northrop Grumman, told Warrior per Fox.

“We are on track to deliver a laser next year and support the Army’s effort to build a platoon of laser-combat-capable Strykers,” Skinner added.

Lasers potentially offer another way for the Army to defend against airborne enemies with more accuracy and stealth and less collateral damage. Fox News has further details on the advantages:

By being able to engage enemy drones, helicopters and even some fixed-wing enemy targets, air-defense lasers greatly improve air-ground tactical attack. Also, perhaps of even greater significance, Stryker-fire lasers could intercept incoming enemy air-missile attacks. As part of this mission, they do have some characteristics which could be described as stealthy. Unlike the explosive effect of firing a kinetic weapon such as a Stinger or Hellfire, a laser is quiet. It does, of course, give off a light signature, but that is potentially much less detectable than the sound of a missile firing, thus enabling a Stryker to avoid giving up its position.The presence of new weapons of this kind might enable mobile units to hit enemies faster, add precision, and in some cases lower collateral damage. In a heavily populated urban area, for instance, firing a missile interceptor might cause a larger, more dangerous explosion; firing a laser which slowly burns a hole through the metal of an enemy air target can decrease fragmentation and tailor the timing of when an enemy asset is ultimately disabled.  As part of this attack envelope, lasers are scalable. Several beams can be merged for a stronger impact, and its strength can be adjusted, enabling attackers with a range of options to include destroying or merely disabling a target. So while the initial weapon is slated as 50kw, the power will likely go up as technology allows.

In other laser technology-related news, the U.S. military recently tested a new infrared laser prototype that can pinpoint an individual’s heartbeat at from 650 feet away.