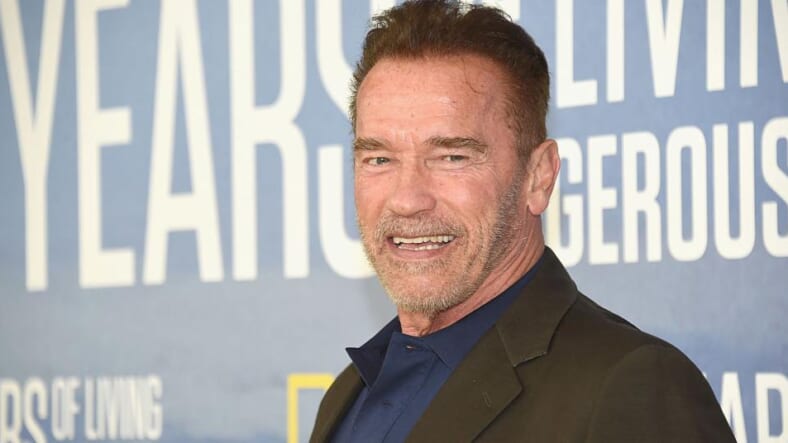 My message to my fellow Americans and friends around the world following this week's attack on the Capitol. pic.twitter.com/blOy35LWJ5

Arnold Schwarzenegger is a bodybuilding and action movie icon. He’s also the former governor of California and a deeply political thinker with a troubled family history in his home country of Austria, including a father who was in the Nazi party during World War II.

Schwarzenegger found himself appalled at the January 6, 2021 attempted insurrection in Washington DC, which left 5 dead, including a Capitol Hill police officer, 42-year-old Brian Sicknick. On Sunday Schwarzenegger released the eloquent and moving video above, addressing the event as only he could.

Schwarzenegger was elected as a moderate Republican and has never repudiated the party. But in his video, the governator didn’t hold back on his feelings regarding the current party and the president of the United States.

“My father,” he continued, “and our neighbors were misled also with lies.”

Schwarzenegger frankly addressed his heritage as well and compared the Capitol Hill insurrection to Kristallnacht—an event that took place in November 1938 in Nazi Germany, when members of Hitler’s “Brownshirts” burned synagogues, damaged Jewish businesses, schools, and homes. In the space of two days, the Nazis killed 100 Jews.

But the mob did not just shatter the windows of the Capitol; they shattered the ideals we took for granted. They did not just break down the doors of the building that housed the American democracy; they trampled the very principles upon which our country was founded.

He went on to describe living with a former Nazi father after World War II in Austria, saying he “was surrounded by broken men drinking away the guilt over their participation in the most evil regime in history.”

“My father would come home drunk once or twice a week,” Schwarzenegger continued, “and he would scream and hit us. I did not hold him totally responsible because our neighbor was doing the same thing to his family, and so was the same neighbor over.”

Schwarzenegger did not avoid mention of President Trump, whom he essentially replaced when he hosted The New Celebrity Apprentice in 2017.

“President Trump sought to overturn the results of an election,” Schwarzenegger said, “by misleading people with lies.”

“And I know where such lies lead. President Trump is a failed leader. He will go down as the worst president ever. The good thing is he will soon be as irrelevant as an old tweet.”

The man who left an indelible stamp on the history of action films could not avoid his Hollywood background. He closed with a theatrical flourish. He held up the sword he wielded in Conan the Barbarian and said, “Our democracy is like the steel of this sword. The more it is tempered, the stronger it becomes.”

As of Sunday, federal and state authorities were still actively investigating the Capitol Hill Riots, having already arrested many of the rioters who posted footage of themselves inside the Capitol unmasked, vandalizing offices and artwork.

It remains up in the air as to whether Congress will actually seek another impeachment of President Trump for the riot as well as an apparent attempt to get the Georgia secretary of state to help him invalidate that state’s election results, but there may be growing and bipartisan support for the action in congress.

A lot can happen in a little over a week, and President-elect Joe Biden and Vice-president-elect Kamala Harris will be sworn into office on January 20, 2021. Get ready for some kind of bumpy ride.