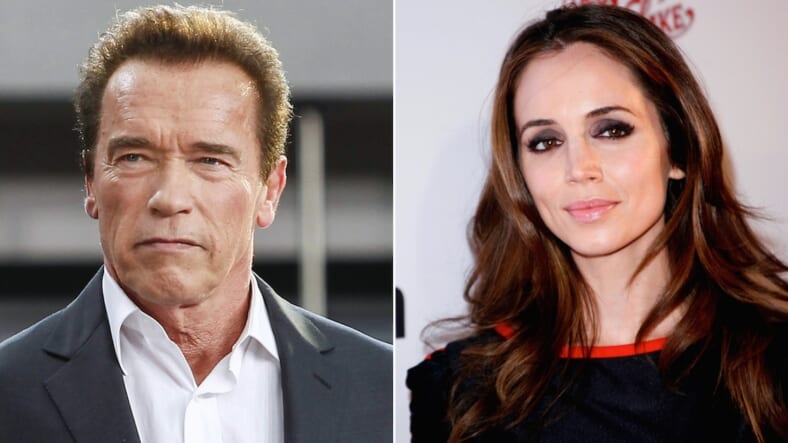 Arnold Schwarzenegger has issued a statement on Twitter addressing allegations made by actress Eliza Dushku—that she was molested by a stunt coordinator during the filming of his 1994 movie True Lies.

In a response to his co-star Tom Arnold, who tweeted the cast and crew of the film “would’ve done something” had they known, Schwarzenegger wrote, “You bet your ass all of us would have done something.”

He added that he was “shocked and saddened for Eliza” but that he commended her as a “great talent and amazing woman” and as “so courageous.”

Tom, you bet your ass all of us would have done something. I’m shocked and saddened for Eliza but I am also proud of her – beyond being a great talent and an amazing woman, she is so courageous. https://t.co/EJJbkdior2

Some have noted that Schwarzenegger faced sexual harassment allegations of his own in 2003, when the Los Angeles Times reported accusations from six women that he had groped and harassed them.

Former Maxim cover star Dushku went public with the claims on Saturday in a Facebook post, describing in vivid detail how she was molested at age 12 in a hotel room by veteran stunt coordinator Joel Kramer, who also worked with Schwarzenegger on Junior, Batman & Robin, Jingle All the Way and Terminator Genisys.

Later rising to fame for her roles in Buffy the Vampire Slayer and Bring It On, Dushku played the daughter of Schwarzenegger and Jamie Lee Curtis’s characters in the movie.

Dushku suspects Kramer later orchestrated a “stunt-gone-wrong” that caused her to break her ribs during the filming of the movie’s climactic Harrier Jet scene. “Whereas he was supposed to be my protector, he was my abuser,” she wrote.

Kramer has denied the allegations, but two more women have since come forward with accusations of their own, one claiming she was abused at age 16. It seems that “time’s up” for Joel Kramer.

Jamie Lee Curtis also commended Dushku in a column for The Huffington Post. “Eliza’s story has now awakened us from our denial slumber to a new, horrific reality. The abuse of children,” Curtis wrote.

Curtis added that there should be “new guidelines and safe spaces for people—regardless of age, gender, race or job—to share their concerns and truths and that all abusers will be held accountable.”

Director James Cameron issued a more fiery reprimand: “But had I known about, there would have been no mercy. I have daughters. There really would be no mercy now.”