They claim they thought they were pulling a “prank.” 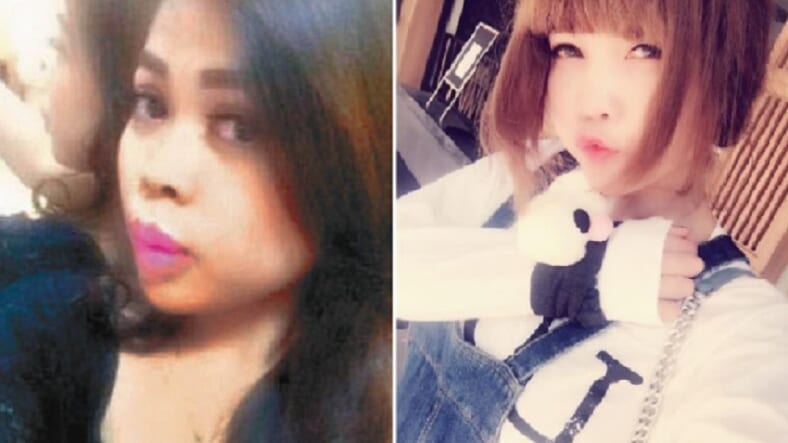 Both women accused of assassinating Kim Jong Nam have been arrested by Malaysian authorities and their story is turning out be sad and strange. Indonesian citizen Siti Aishah and Vietnam native Doan Thi Huong—who may have been the infamous woman in the LOL shirt—were reportedly “good time girls” and may have only been paid the equivalent of $90 for their trouble.

A comprehensive Daily Mail report details how these 20-something young women may have ended up committing a crime with international consequences:

They are understood to have admitted they had worked in massage parlours and had also escorted wealthy Asian men around town, ending up in their bedrooms – and they made easy pickings for North Korean agents looking for women who could assume harmless identities for the deadly roles they were needed for.Police are understood to be looking at preparing murder charges against the women despite their agreeing to tell everything about the men they met, the names they knew, and the promises that were made to them if they carried off their deadly mission of murdering Kim, the estranged elder half-brother of North Korean leader Kim Jong-un.

An even creepier detail: Doan Thi Huong appears to be suffering from effects from the VX nerve gas the women allegedly wiped on Kim Jong Nam’s face. While the assassins were supposed to wash their hands immediately after the attack, Huong may have done a poor job and she has been unable to eat or keep any food down.

Siti Aishah reportedly told police the women believed the substance was baby oil and that they were participating in a prank show, but investigators have been skeptical.

Meanwhile Malaysian police are hot on the trail of several North Koreans whom they believe may have been in on the plot, from luring Aishah and Huong to use as patsies to cooking up or importing the VX into the country.

Being fame hungry is one thing, but the next time someone approaches you to smear baby oil on a middle-aged man in an airport, we recommend just saying no. Not even for $90.