An Oncoming Asteroid May Swing a Little Too Close to Earth

It’s up in the air as to just how close it’ll get. 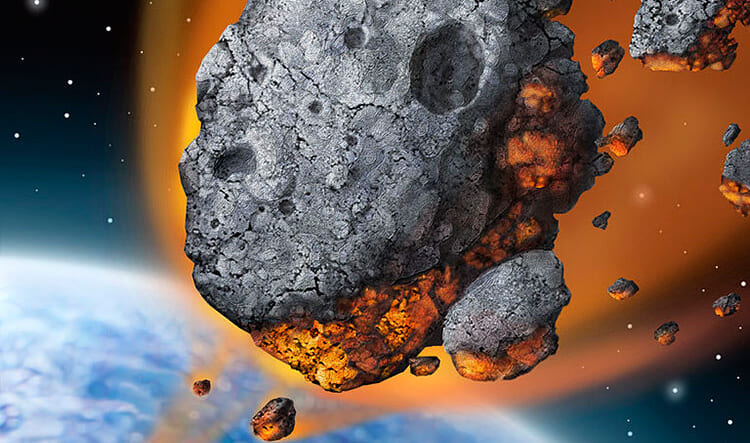 Most reports of sizable asteroids nearing Earth’s orbit act as a kind of heads-up for amateur astronomers. The trajectory of the object usually brings it somewhere near the moon at most, hundreds of thousands of miles away—not truly in the realm of worry. Asteroid 2013 TX68 is likely in this class, but scientists at NASA have admitted they’re not sure of just how close it will be. Could be well outside the moon’s orbit. Could be the cosmic equivalent of a hair’s breadth:

The best estimates at the moment have the 100-foot-long asteroid — named 2013 TX68 — passing about 3 million miles from Earth on Tuesday, but it’s possible the cosmic object could get as close as 15,000 miles from the surface of the planet, according to NASA.

Mashable’s Miriam Kramer writes that the March 5, 2016 flyby had been calculated at distances “ranging from 9 million miles to 11,000 miles,” but after further observation, astronomers fine-tuned their estimations.

Disaster movies have rendered assurances from scientists automatically suspicious to some, but we’re sure NASA’s Paul Chodas totally meant it when he wrote in a Feb. 25 release that “There is no concern whatsoever regarding this asteroid — unless you were interested in seeing it with a telescope.”

2013 TX68 last zipped by our planet about two years ago, according to NASA’s release, and at the time it was over a million miles away. While Chodas reassures us chances it could hit the planet “are far too small to be of any real concern,” he does admit it’s “orbit is quite uncertain.”

This asteroid is said to be about 100 feet around. If it did happen to make it into our atmosphere, we actually have a recent frame of reference for the kinds of effects its impact could have: the 65-foot-wide asteroid that exploded over Chelyabinsk, Russia in 2013. Watch a video depicting some of the Chelyabinsk event’s impact below.

If all calculations were off and 2013 TX68 actually made it into the planet’s atmosphere, it seems easy to guess its impact would be similar to the Chelyabinsk explosion.

Not a world ender by a long shot. But watching the Chelyabinsk videos, it’s clearly not something anyone would want to see slicing through the sky on a pleasant morning drive into work.