“We ended up engaging in sexual activity, which by all indications was completely consensual.” 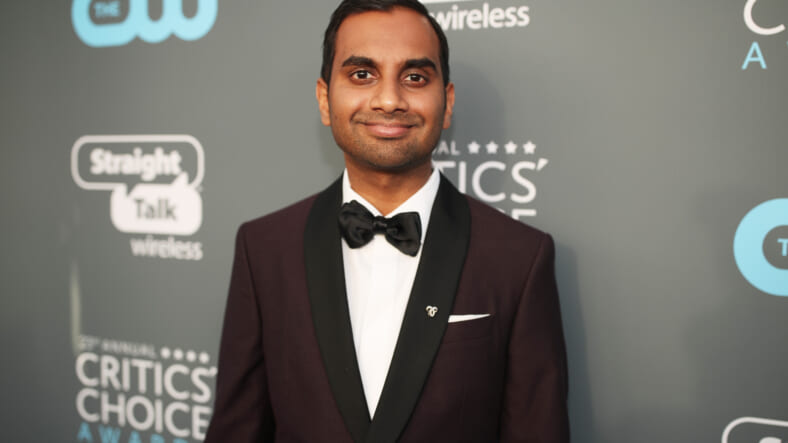 As the sexual assault shitstorm continues to rage on in Hollywood, the most recent celebrity accused of knowing no boundaries is, surprisingly, comedian Aziz Ansari.

Dubbed a “Certified Woke Bae” by Refinery29, the allegations came as a shock to many fans, since Ansari essentially built his career on being funny, cute, and respectful towards women, and since he wrote a best-selling dating book, Modern Romance.

According to an article published in Babe, a 22-year old woman named Grace (a nom de plume), went on a date with Ansari after catching his eye at a party, and it turned out to be the “worst night of her life” because he failed to realize she was uncomfortable with his sexual advances.

Following the accusation, Ansari released a statement to Fox News where he addressed the situation:

“In September of last year, I met a woman at a party. We exchanged numbers. We texted back and forth and eventually went on a date. We went out to dinner, and afterwards we ended up engaging in sexual activity, which by all indications was completely consensual,” Ansari told Fox News in a written statement. “The next day, I got a text from her saying that although ‘it may have seemed okay,’ upon further reflection, she felt uncomfortable. It was true that everything did seem okay to me, so when I heard that it was not the case for her, I was surprised and concerned. I took her words to heart and responded privately after taking the time to process what she had said. I continue to support the movement that is happening in our culture. It is necessary and long overdue.”

Apparently, the two went to dinner at a fancy oyster bar on the Hudson River, and Ansari suggested they head back to his apartment a.s.a.p., and he wasted no time taking his clothes off and getting frisky.

“In a second, his hand was on my breast,” she said, adding that she felt super uncomfortable and hoped Ansari would stop when she told him: “Whoa, let’s relax for a sec, let’s chill.” But instead of stopping, he went down on her, and then suggested she return the favor. Which she did.

“I know I was physically giving off cues that I wasn’t interested. I don’t think that was noticed at all, or if it was, it was ignored.”

After fooling around for a while, she says she told Ansari she didn’t want to feel forced to have sex, to which he said: “Oh, of course, it’s only fun if we’re both having fun.” So, they started watching TV, but then “he sat back and pointed to his penis and motioned for me to go down on him. And I did. I think I just felt really pressured. It was literally the most unexpected thing I thought would happen at that moment because I told him I was uncomfortable.”

After that, she said she wanted to go home, and Ansari kissed her again and called her a car. “I cried the whole ride home. At that point I felt violated. That last hour was so out of my hand,” she concluded.”

For every single graphic detail, you can read the full article on Babe.

This is the text Grace* sent Aziz Ansari after their date which left her feeling “violated”. She tells Ansari how uncomfortable he made her feel, saying “you ignored clear non-verbal cues” and “kept going with advances.”