How Eating Bacon Could Be Affecting the Quality of Your Sperm

If you love bacon and are trying to get her pregnant, you should read this… 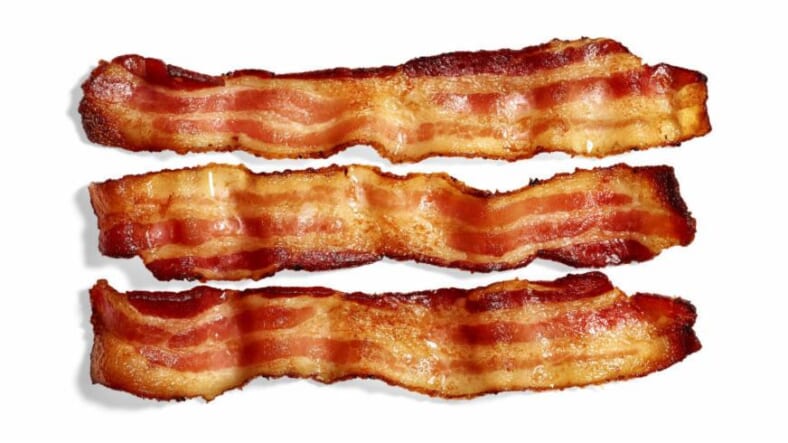 No one’s going to contest the fact that eating bacon on the reg isn’t good for you. But according to a somewhat troubling scientific study, the gloriously delicious pieces of fried pork belly might be messing with your ability to have kids.

Results published in Fertility and Sterility found that men who ate processed meats like bacon before attempting in-vitro fertilization were 28% less successful than their non-bacon eating counterparts.

However, this doesn’t mean we need to break our beloved meat-eating habits altogether and pathetically become vegans. It’s apparently those infernally tasty processed meats that are supposedly the problem.

The study found no link between meat consumption in general and increased fertility, except in men who consumed large amounts of poultry who were found to have a 13% higher rate of fertization.

There’s no clear answer as to why bacon is linked to decreased sperm potency. It simply might just be that those who consume more processed meats aren’t living as healthy a lifestyle as those who stick to cleaner food. And hey, I bet most of us bacon lovers are already aware of that.

Regardless, if you’re trying to extend your bloodline, you might want to think twice about frying up a batch for breakfast.