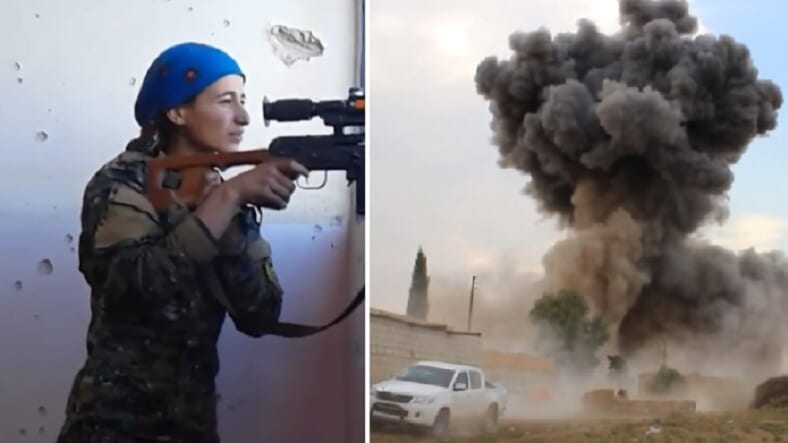 Seriously, what would just about anyone you can think of do if a high caliber bullet missed their brain by a few inches? They’d excuse themselves, go to the bathroom, and clean out whatever they’d just dropped in their pants.

Then there’s this Kurdish member of the YPG stationed in Raqqa, Syria. She’s in a fearsome battalion of women taking it to ISIS every day across Syria and Iraq. Right after the bullet digs a hole in the wall behind her she just laughs as if she’s heard a pretty good joke at a cocktail party.

The 7000-strong YPG, a.k.a. the Women’s Protection Unit, is based in Syria. According to the journalist who tweeted the video above, these Kurdish women “know no fear. Your average human being would be scared for life after being so close to death but she kept laughing.”

This is just the latest example of how tough a YPG fighter can be.

Based on recent posts to her Instagram account, Palani is out there right now taking it to ISIS with her stone-cold sniper comrade above.

Recruit enough thoroughly badass women like these into the fight and ISIS won’t stand a chance.