‘Bald Dating’ Is A Dating App Exclusively For Bald Men 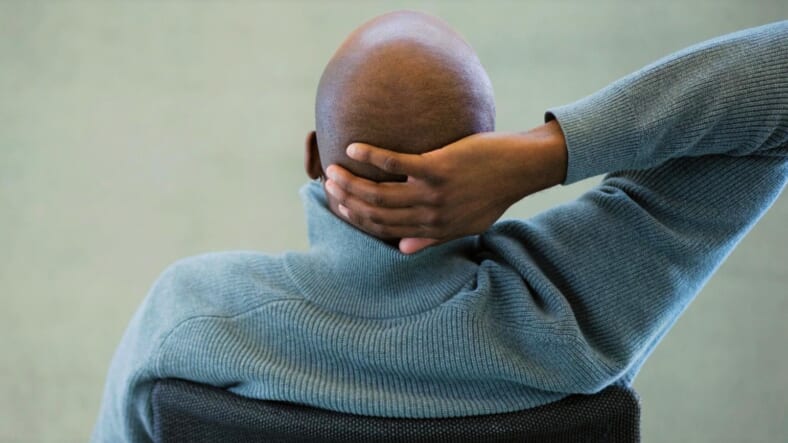 It isn’t clear that men who prefer to keep their skulls clean-shaven (or don’t have hair in the first place) really needed a special dating app, but they might be grateful to learn about Bald.Dating anyway.

It is exactly what it says: A site that seeks to hook chrome domes up with others who are into smooth-shaven pates.

Inside Hook’s Kayla Kibbe has more:

Bald Dating, as one might imagine, is predicated on the idea that, “Being bald can be very hard for some people and they lose their self-confidence,” as the website explains. “Bald Dating was created to show that being bald doesn’t matter. There are many people who don’t mind you being bald and there are even others who prefer it.”I imagine this probably isn’t news to many confident, self-assured bald guys, some of whom might even find it somewhat condescending for a dating site to take it upon itself to sanction baldness as acceptable. But according to Minns, anti-bald stigma remains prevalent on mainstream dating apps.

Inside Hook notes that app founder David Minns, who has a slew of similarly micro-targeted web properties under his belt—including “Dinky Ones,” a site that caters to guys who feel nature has micro-targeted their penises—decided to launch this one after hearing of “hatfishing.” According to Minns, that’s when “men are ashamed of their lack of hair and hide under a hat on dating profile pictures.”

So he thinks that’s a thing, apparently.

Sites like these seem well-intentioned but they also seem to cater to people who fetishize certain qualities rather than seeking partners who are much more than their lack of hair or crotch bulge. We also agree that something like Bald.Dating may do the opposite of providing a positive place for bareheaded men to seek romance and contribute further to the erroneous idea that bald men are also-rans to their hirsute brothers in the dating game.

Then again, that’s one of the internet’s strengths as well as a weakness, sometimes—if you look hard enough, there really is something for everyone, hairy or not.