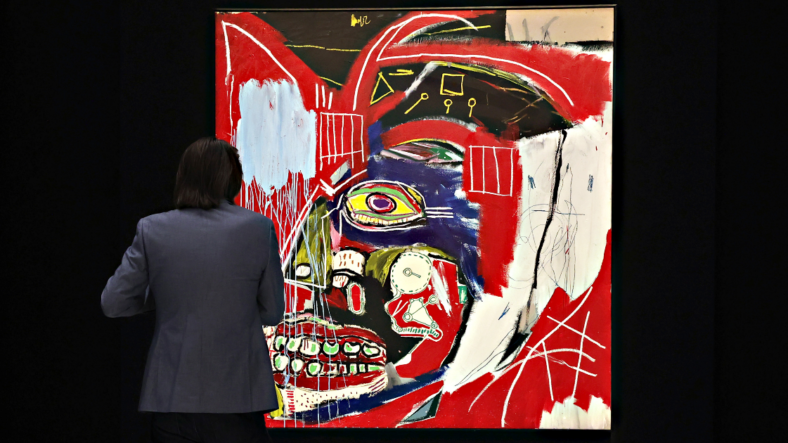 A highly-coveted skull painting by the late artist just sold for a whopping $93.1 million at Christie’s auction house on Tuesday night, becoming the second-priciest Basquiat painting ever sold.

Highsnobiety has more on the historic sale:

Artnet reports that the 1983 painting titled In This Case was initially estimated to fetch a price of $50 million.

At more than six-by-six feet the canvas depicts a large skull set against a ruby-red background, with a blazing eye, protruding green teeth, and fractured anatomy.

The painting was last purchased publicly in 2002 when it sold at Sotheby’s for just under $1 million. It then sold again privately in 2007 for an undisclosed sum.

This time, in 2021, the seller was reportedly Italian businessman Giancarlo Giammetti, co-founder of the Valentino fashion house.

Skull-centric paintings are among Basquiat’s most sought-after works, a style that goes all the way back to his days as a downtown Manhattan street artist.

In 2017, the record price paid for a Basquiat at auction was set when another painting of a skull sold for $110.5 million at Sotheby’s in New York.