“Dogs can be considered as clean compared with bearded men.” 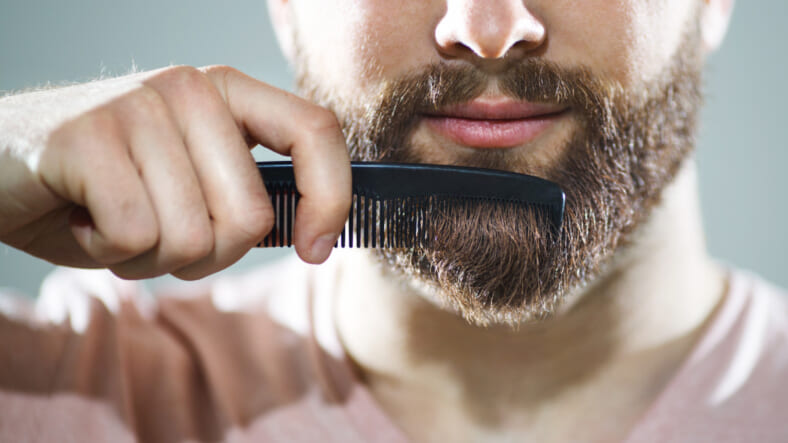 Gross if true: A hair-raising study from researchers at the Hirslanden Clinic near Zurich, Switzerland, suggests that men’s beards might be full of more harmful microbes than dog fur.

The study was initially meant to determine if humans could contract dog-borne diseases from MRI scanners that were used by veterinarians for dogs. Researchers took swab samples from the necks of 30 dogs and 18 bearded men to test for bacteria and viruses.

They found that all human male participants had high microbial counts on their facial hair, whereas just 23 out of 30 dogs had similarly high levels.

Not all microbes are harmful but some can cause serious harm—and the beards of seven of the men tested positive for microbes that are harmful to human health.

“The researchers found a significantly higher bacterial load in specimens taken from the men’s beards compared with the dogs’ fur,” said professor Andreas Gutzeit of the Hirslanden Clinic.

“On the basis of these findings, dogs can be considered as clean compared with bearded men.”

Like all scientific studies, however, it’s best to take these findings with a grain of salt. A sample size of 18 bearded men is not representative of the entire male population—and for all we know those guys were slobs.

Also, dogs roll around in dirt and turds. They happily eat garbage. They definitely aren’t clean creatures with naturally clean habits, so it might be more accurate to rule this study inconclusive.

“I think it’s possible to find all sorts of unpleasant things if you took swabs from people’s hair and hands and then tested them,” says Beard Liberation Front founder Keith Flett to the Daily Mail. “I don’t believe that beards in themselves are unhygienic.”

In any case there’s a super simple way to avoid (potentially) harboring germs in that big, bushy beard of yours: Keep it groomed and clean. Problem solved.