An Awesome Group Of Scientists Might Brew Beer On The Moon, Because Why Not

The future is now, people. 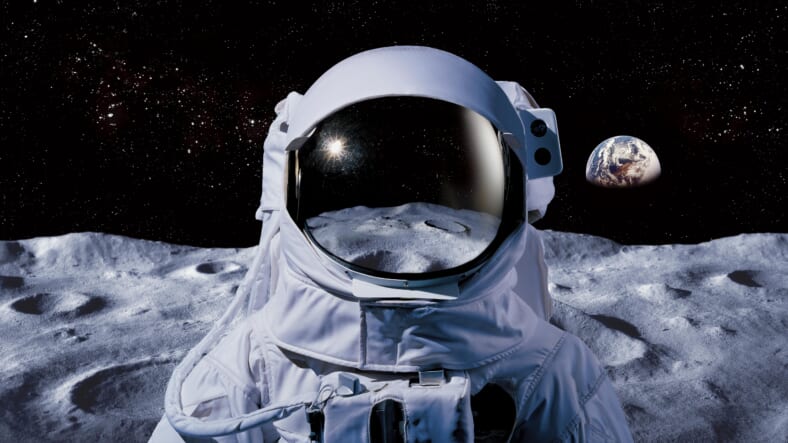 You know what’s cool? Beer. Know what’s even cooler? Beer on the moon, of course!

Many moons ago (haha), Buzz Aldrin did something hella badass and smuggled a can of beer onto the moon and chugged it, so that’s already been done. But has beer ever been brewed on the moon? Nope. It sure hasn’t.

But it might happen very soon, courtesy of some hard science and a team of beer loving bros.

A group of g-force savvy students from the University of California, San Diego, entered the Lab2Moon competition that lets the winners send their personal science project to outer space aboard a spacecraft owned by the startup TeamIndus.

And the experiment in question? Sending a beer brewking kit to outer space to brew beer on the fucking moon. That’s right, folks. We’re talking about a brewski made on a different celestial body.

The point of making beer on the moon isn’t for shits and giggles, though. It’s to observe how yeast behaves in lunar conditions, which is basically a perpetual vacuum with no atmosphere.

And since the gravitational force is so different on the moon, it might have an effect on the catalyst or the reaction time of the yeast, or something. Just so much science, my friends.

But by brewing beer on the moon, the group would see if it’s possible to develop pharmaceuticals and yeasty foods in space. I’m not sure why that’s necessary, but good for them.

“The idea started out with a few laughs amongst a group of friends,” said bioengineering student and team leader, Neeki Ashari. “We all appreciate the craft of beer, and some of us own our own home-brewing kits.

“When we heard that there was an opportunity to design an experiment that would go up on India’s moonlander, we thought we could combine our hobby with the competition by focusing on the viability of yeast in outer space.” Cool beans, my dude.

For their moon-beer, the team will mix malt and water right here on planet earth, and then place that mixture in a soda can-sized fermentation vessel and send that shit up into space. The vessel will compress two stages of beer making into one – fermentation and carbonation. This will avoid releasing carbon dioxide into the spacecraft.

“Our canister is designed based on actual fermenters,” the team’s mechanic specialist, Srivaths Kaylan, said. “It contains three compartments – the top will be filled with the unfermented beer, and the second will contain the yeast.”

“When the rover lands on the moon with our experiment, a valve will open between the two compartments, allowing the two to mix. When the yeast has done its job, a second valve opens and the yeast will sink to the bottom and separate from the now fermented beer.”

Dayum. Now that is some complicated beer-brewing. Well, hopefully team let’s-brew-beer-on-the-moon will win first place, and beer will finally be brewed in outer space, for whatever reason.