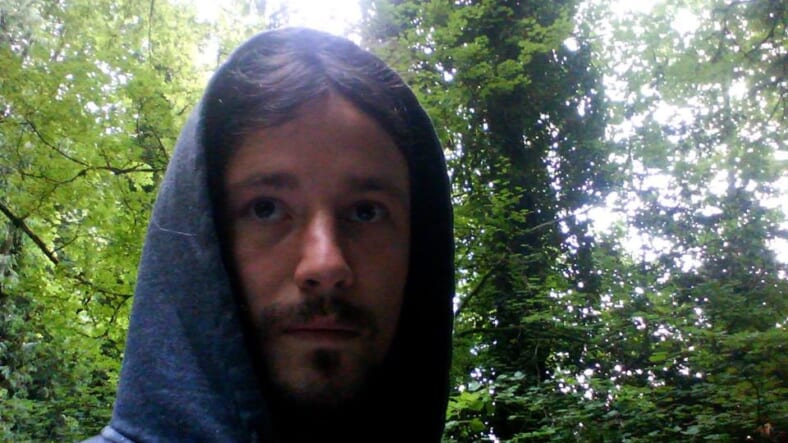 He may look contemplative in photos from his social media profiles, but Beezow Doo-doo Zopittybop-bop-bop is in hot water again. The man with the hard-to-recall yet somehow indelible name sounds like a champ at allegedly resisting arrest.

Zopitty-bop-bop was born Jeffrey Drew Wilschke, but first made news in 2012 under his current name after a drug-related tangle with the law in Wisconsin. As reported by the Olympian, his most recent arrest at Evergreen State College in Washington State seems to show that Zopitty-bop-bop, fun name notwithstanding, is kind of a hard case for any arresting officer.

Citing court documents, the Olympian reported police were called to Evergreen State’s library on Sunday where they encountered Zopitty-bop-bop, who had allegedly been tearing up many of the cheap event fliers that are ubiquitous at on college campuses.  Things went downhill fast shortly after that:

But wait, there’s more! The Olympian reported that Zopittybop-bop-bop was spotted by a sheriff’s deputy as the festively-named suspect ran down a nearby road. The deputy deployed a Taser, and it seemed to just piss Zopittybop-bop-bop off. He snapped the Taser leads and kept right on going. A rock (Zopittybop-bop-bop) vs. baton (deputy) fight followed. It didn’t seem to perturb Zopittybop-bop-bop; he threw a brick and ran off again. Police did finally catch up and arrest the young man.

Police haven’t said whether Zopittybop-bop-bop, who now faces a slew of charges, was under the influence of drugs at the time of the prolonged confrontation. We’ll make an educated guess that he probably was. If he was sober, however, we may default to wondering about the mystic power of his assumed name, which does, after all, sound a little like a magic spell.