Funny, or in poor taste? 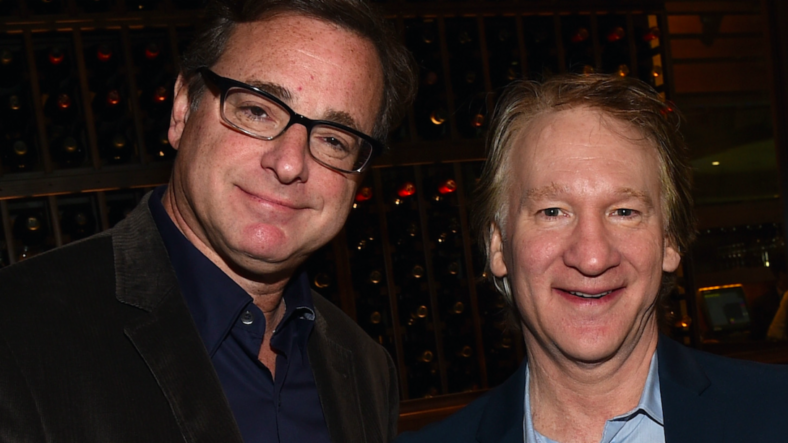 When pictures recently surfaced of Al Franken pretending to grope fellow USO performer Leeann Tweeden while she slept, the fallout was swift and severe. The former SNL star and then-current U.S. senator from Minnesota was harshly criticized from the left and the right alike, and just two days ago he formally stepped down from the Senate.

Now, it seems, some fellow comics are having a little bit of fun with the whole situation. Real Time host Bill Maher spent New Years touring in Hawaii with Fuller House grandpa Bob Saget, and on their return flight the two goofballs recreated the infamous pic.

These New Years Hawaii trips are getting weird – Saget, forgive me! pic.twitter.com/UgehBTmIUv

“These New Years Hawaii trips are getting weird,” he tweeted. “Saget, forgive me!”

As Uproxx points out:

Maher had previously come to Franken’s defense, noting that while the comedy sketch in question may have been in terribly poor judgement on his part, he in no way deserved to be dumped in with accused predators such as Kevin Spacey, Harvey Weinstein, and Donald Trump.

In any case, we bet that the former senator would not find the image very amusing. As for Saget, as we learned in a recent Facebook Live chat, there’s not much that he doesn’t find funny..