Did the embattled King of Cable News deserve to be fired? 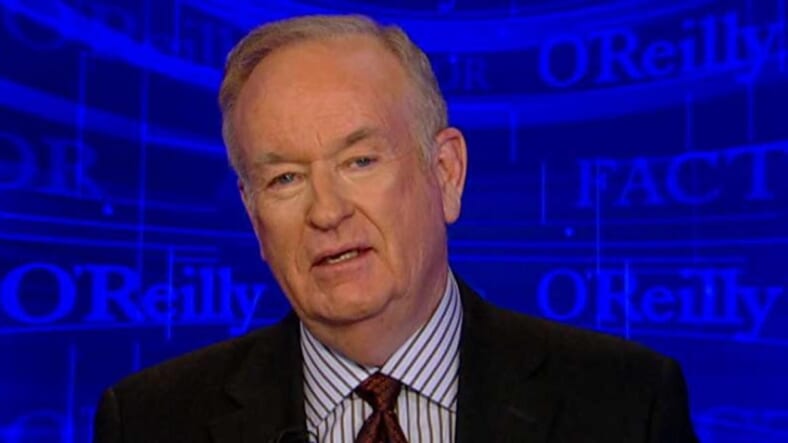 UPDATE: On Wednesday afternoon, Fox News made it official—Bill O’Reilly has been let go.

In its statement, 21st Century Fox wrote that following “a thorough and careful review of the allegations” against the cable news legend, O’Reilly and Fox agreed he “will not be returning to the Fox News Channel.

Original post: After more than two decades as the biggest draw on Fox News and facing multiple accusations of sexual harassment, Bill O’Reilly is reportedly getting the boot.

The Wall Street Journal—which like Fox is owned by the Murdoch family—reported Wednesday that Fox will make the “final decision on Mr. O’Reilly’s fate” within “the next several days.”

New York magazine and CNN seemed to confirm The O’Reilly Factor host’s exit, citing sources within Fox News. While the longtime King of Cable News being forced out may be personally embarrassing to his legacy, his bank account probably won’t suffer too much:

Sources briefed on the discussions say O’Reilly’s exit negotiations are moving quickly. Right now, a key issue on the table is whether he would be allowed to say good-bye to his audience, perhaps the most loyal in all of cable (O’Reilly’s ratings have ticked up during the sexual-harassment allegations). Fox executives are leaning against allowing him to have a sign-off, sources say. The other main issue on the table is money. O’Reilly recently signed a new multiyear contract worth more than $20 million per year…

O’Reilly has been dogged for much of his career by rumors, accusations, and even high-profile lawsuits regarding his behavior toward women in the workplace.

A bombshell New York Times story this month revealed that Fox had paid $13 million to multiple women who had accused O’Reilly of harassment over the years, which led to dozens of advertisers pulling their commercials from The O’Reilly Factor.

Most recently, an African-American Fox News clerical worker said through her attorney Lisa Bloom that O’Reilly called her “hot chocolate” and would “grunt at her like a wild boar.”

Bloom also told The Hollywood Reporter that O’Reilly would “leer” at the unnamed woman and he “would always do this when no one else was around and she was scared.”

Even if he’s finished for now on Fox, Bill O’Reilly’s lawyer Marc Kasowitz made his and (likely his client’s) perspective on what’s happened to him clear in a statement to the Wall Street Journal.

“Bill O’Reilly has been subjected to a brutal campaign of character assassination that is unprecedented in post-McCarthyist America,” according to Kasowitz, and his law firm “has uncovered evidence that the smear campaign is being orchestrated by far-left organizations bent on destroying O’Reilly for political and financial reasons. That evidence will be put forth shortly, and it is irrefutable.”

New York, which reliably chronicled the recent ouster of Fox News boss Roger Ailes (also for sexual harassment) and former star anchor Megan Kelly, reported that while letting O’Reilly go has caused serious debate among the Murdoch family, it’s really all over but the shouting.

As for Bill-O, he recently decided to take a family vacation in Italy, where he even met Pope Francis. Sounds like that period of restful time off is about to get an indefinite extension.