This is big news for the crypto market. 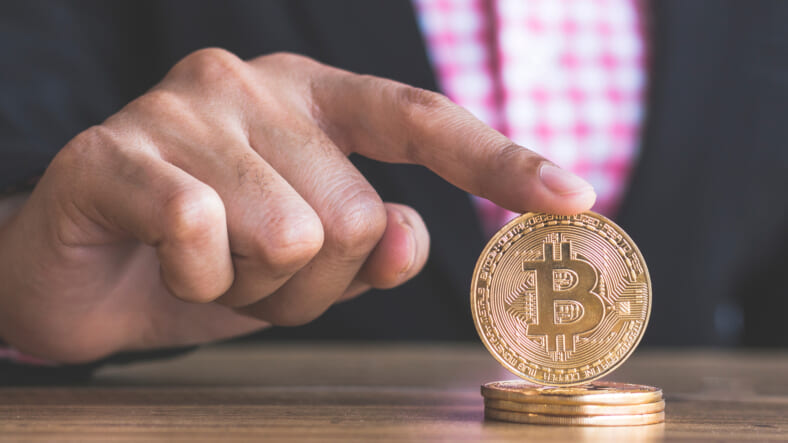 The crypto market is currently more stable than it’s ever been, and now, the price of Bitcoin is as stable as shares of Apple, and even more so than Amazon.

According to intriguing new data released by the Chicago Board Options Exchange (CBOE), the volatility–how much the price fluctuates in a given period of time and the risk associated with it–of the Bitcoin price is as low as that of Apple stocks, which happens to be the biggest company by market capitalization in the world.

Even though Bitcoin’s value is nowhere near an all-time high, it’s also currently more stable than some of the biggest and most popular stocks on Wall Street, like Amazon and Netflix.

Bitcoin’s 20-day historical volatility dropped to 31.5 percent, which is lower than Amazon and Netflix’s volatility, which are 35 percent and 52 percent respectively (currently).

Clearly, this is a huge step for cryptocurrency because the stock market has always been much less risky therefore preferred over the crypto market, but now with prices holding stable, cryptocurrency is on its way to becoming a safe investment.

“Back then the standard deviation measured $4640 or +/- 42%,”  senior instructor at The Options Institute at CBOE, Kevin Davitt, told Marketwatch.

“Perhaps we are witnessing the maturation of a market. It’s far too early to declare this the “new normal” but the persistent range over the last few weeks may be hinting at a structural shift. Time will tell,” Davitt concluded.

Only time will tell if the crypto market remains a stable market, but let’s just hope the sudden dips in value, like last month’s Bitcoin “crash”, are few and far between.