“We’re a bunch of dudes with a lot of money in our twenties. We like naked girls.” 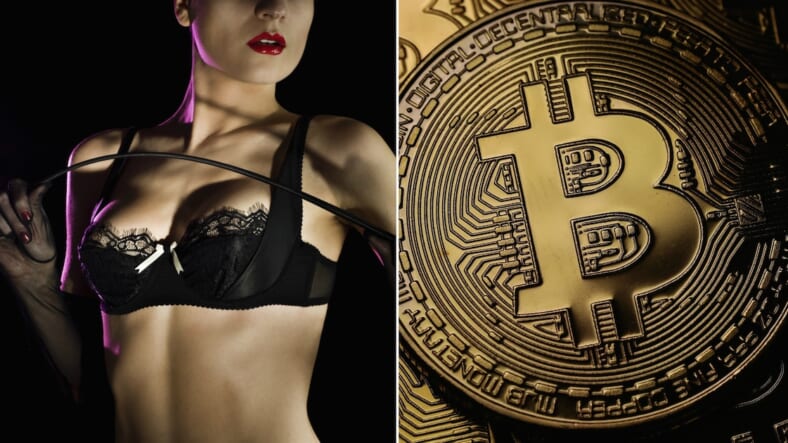 If you think a 10-hour conference on cryptocurrency sounds like a snore, you just haven’t been invited to any Bitcoin after-parties.

The 5,000 guests at The North American Bitcoin Conference, held January 18th and 19th, were invited to top off Friday’s talks with a “networking party” held at high-end Miami strip club, E11even (which sadly doesn’t accept Bitcoin…)

“It’s been a long day,” the invitation read. “Join us at E11even for some networking and R&R. Or dancing.”

On #WomenMarch2018 I’d like to share some pictures from an official afterparty organized by the #NorthAmericanBitcoinConference & @Dashpay at strip club in Miami. I‘m a technical woman & I’ve been to dozens of academic & professional conferences but have never seen such a thing! pic.twitter.com/twmGCZSi3G

One Bitcoin bro helpfully explained the appeal of the party’s location to Bloomberg.

“We’re a bunch of dudes with a lot of money in our 20s. We like naked girls,’ a hedge fund analyst from New York said. “If you don’t like it, that’s fine, but you’re not going to expect us to change.” Damn straight, dude.

Still, the racy bash was slammed by critics and even some miffed partygoers, who claimed it made female attendees uncomfortable.

“There was a message being sent to women, that, ‘OK, this isn’t really your place,'” said one woman who spent $1,000 to attend the conference told Bloomberg. “‘This is where the boys roll.'”

E11ven, which is more like a high-powered Miami nightclub that also features strippers rather than a typical gentleman’s club, didn’t actually showcase strippers until 11 p.m. But the hot spot’s sexy waitresses were nonetheless clad in lingerie throughout the entire evening.

“Having the networking party at E11even was a misstep,” Moe Levin, CEO of Keynote, which organized the conference, wrote in an email to Bloomberg, after initially defending the venue as “the ideal layout for networking”

“We always aim to be as inclusive as possible and create a safe environment,” he added.

Bloomberg points out that the incident signals a greater shift in the Bitcoin market, its takeover by Wall Street bros. This is a cause to concern for some, as Bitcoin was born of the 2008 financial crisis as an alternative to a “corrupt system.”

“You hear them criticizing Wall Street and their regression constantly,” one chief technology officer said. “The leaders at this conference literally led the attendees into a strip club.”

Next year, maybe they should decide on a venue everyone could agree on, like Buffalo Wild Wings.